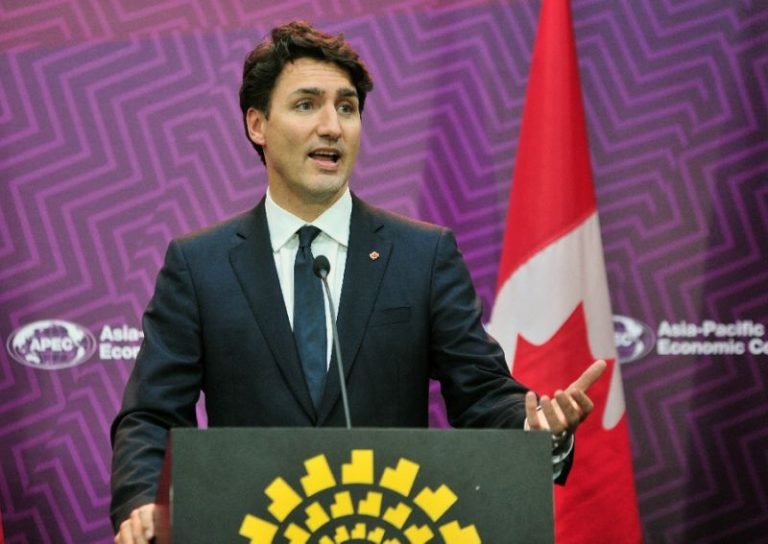 Canadian Prime Minister Justin Trudeau has accused China of attempting to interfere in the country’s elections.

It comes as local media report that Canadian intelligence identified a “clandestine network” of Beijing-backed candidates at recent elections.

At least 11 candidates were supported by China in the 2019 federal elections, officials reportedly told Mr Trudeau.

A Chinese foreign ministry spokesman said it has “no interest” in Canada’s internal affairs.

Citing unnamed intelligence officials, local broadcaster Global News reported that Beijing had directed funds to the candidates and that Chinese operatives had acted as campaign advisers to many candidates.

The operation, which was reportedly directed from China’s consulate in Toronto, also sought to place operatives within the offices of serving MPs in an attempt to influence policy, the outlet alleged.

And efforts were also made to “co-opt and corrupt” former Canadian officials in a bid to gain influence within political circles.

The attempted interference is believed to have targeted both major political parties – Mr Trudeau’s Liberal party and the opposition Conservative party. However, it is unclear whether the operation was successful.

“We have taken significant measures to strengthen the integrity of our elections processes and our systems, and will continue to invest in the fight against election interference, against foreign interference of our democracies and institutions,” Mr Trudeau told reporters on Monday.

“Unfortunately, we’re seeing countries, state actors from around the world, whether it’s China or others, are continuing to play aggressive games with our institutions, with our democracies,” he added.

“State-to-state relations can only be built on mutual respect, equality and mutual benefit,” he told a press briefing.

The reports come after authorities said they were investigating accusations that China had opened unofficial “police” stations on Canadian soil.

Last month, Royal Canadian Mounted Police said they were investigating reports of “criminal activity in relation to so-called ‘police’ stations”, which have also been reported in a number of European countries.

Several EU states, including Ireland and the Netherlands, have already ordered China to close the police posts, which have reportedly been used to pressure opponents of the government to return to China and face criminal charges.

Dutch media found evidence that the so-called overseas service stations, which promise to provide diplomatic services, were being used to try to silence Chinese dissidents in Europe.