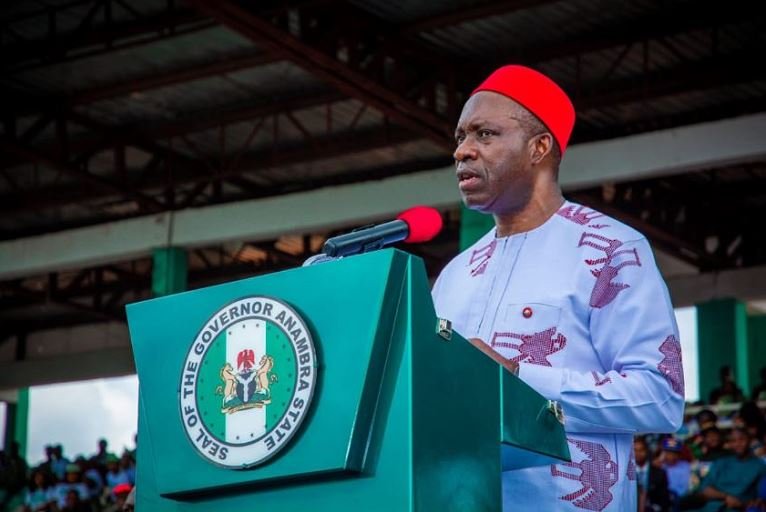 The pan-Igbo sociopolitical pressure organisation, the South East Revival Group (SERG) has said that Anambra State Governor, Prof Charles Soludo has “proven that he has lost understanding of priorities”, urging him to take Anambra state to the Dubai status he has been promising the people during all his electioneering campaigns.

In a statement issued by its President and National Coordinator, Chief Willy Ezugwu, the SERG said that “this is not the first time predictions on Peter Obi’s victory at elections came and failed.

According to the South East group, “it was common knowledge in Anambra State in the build up to the 2010 governorship election the popular prediction was that Professor Soludo as the governorship candidate of the Peoples Democratic Party (PDP), would defeat Peter Obi of the All Progressives Grand Alliance (APGA).

“In fact, most prominent Anambra people predicted that Peter Obi won’t win a second tenure even before the governorship primary.

“But on February 7, 2010, the Independent National Electoral Commission (INEC) declared Peter Obi the winner of the 2010 Anambra State Gubernatorial election, where he roundly defeated his former school mate at the University of Nigeria Nsukka (UNN), Professor Charles Chukwuma Soludo.

“So, Governor Soludo knows that his predictions against Peter Obi have never come to pass, not even his own election victory prediction in 2010.

“The SERG therefore enjoins Governor Soludo to face his job of governing Anambra State and ensuring that all his campaign promises to his people on “Soludo Solution” and on his ability to turn Anambra State into a “Dubai” overnight are waiting to be fulfilled.

“So far, Soludo has not been able to solve a single major problem of the Anambra State since he assumed office.“As a matter of fact, his administration has turned Anambra into one of the unsafest states in Nigeria going by recent security realities, including the consistent attacks on Soludo’s hometown.

“His approach to solving security problems in Anambra State has so far failed to yield any results. It has rather aggravated the security situation.

“This is not new, it has become an wife’s tale as the Nigerian people, the poor, the oppressed, and those facing security threats in Anambra State and across the country have, in the past few months, shown Nigerians that they are the structures any politician needs to win in the 2023 general elections.

“For us, the sudden outburst of Governor Soludo against Peter Obi can only be explained as outright jealousy having seen the unimagined rising profile of the Labour Party presidential candidate.

“The SERG believes that the opposition has hired the Anambra State Governor to do some dirty political jobs from Peter Obi’s home state in their efforts to course a crack in the solidarity and support the Labour Party presidential candidate is enjoying in the entire South East.

“On this note, Nigerians must recall that ahead of the presidential primary of the Peoples Democratic Party (PDP), Peter Obi never enjoyed massive support from the South East.

“The fact is that the current support being enjoyed by Peter Obi in the region was spurred by people from outside Igbo land, like the Yoruba sociocultural group, Afenifere, whose leader, Ayo Adebanjo began the clamour for a president of Nigeria of South East extraction even before the presidential primary elections.

The same was the case in the North with northern groups, including Unified Northern Ni­geria Youth Forum (UNNYF), whose Director General of the group, Dr. Ibrahim Bature on March 21, 2022 told journalists during the group’s road walk in Minna, Niger State capital, calling on Nigerians to support Igbo man for Presidency come 2023 for fairness and justice.

“Peter Obi is running for the President of Nigeria, not the President of Igbos. So, to measure Peter Obi’s presidential victory from the lens of Igbo votes like Governor Soludo is the most myopic political calculation.

“In any case, power belongs to God and He gives and takes away power from individuals at will and no individual can arogate to himself the power to determine whom God has chosen to make the President of Nigeria in 2023.

“It is only God, through the votes of the Nigerian electorates, that can decide who takes over from President Muhammadu Buhari.

“We therefore advise Governor Soludo to face the issues of governance, especially insecurity, and get working as the people will decide his fate in the next governorship election in Anambra State based on his four-year score card”, the SERG said.

Accusing Governor Soludo of taking his attacks on Peter Obi to “a petty level”, the SERG said “we are shocked to read series of tweets from Governor Soludo making a case for PDP, even as an APGA Governor.

“Soludo tweeted that “He (Peter Obi) attended my inauguration on March 17th. A few weeks later, he requested and I obliged him to use the Anambra State government facility to launch his presidential bid under PDP. I was surprised to read in the news later that he had defected to LP (a party with literally zero structure), thereby attempting to weaken the same PDP he saw as the saviour a few weeks earlier.”

“When has leaving a political party became an offence? Did Soludo not leave the PDP he if now advocating for to join APGA?

“Did Soludo not work against PDP in Anambra State in partnership with former Governor Willie Obiano to ensure that Obiano returned for a second tenure as the state Governor against PDP candidate?

“Beyond mere jealousy, it is now very obvious that Governor Soludo has been purchased by the opponents of Peter Obi to work against the popular wish of Nigerians but he has failed, having lost a sense of priority”, the group stated.