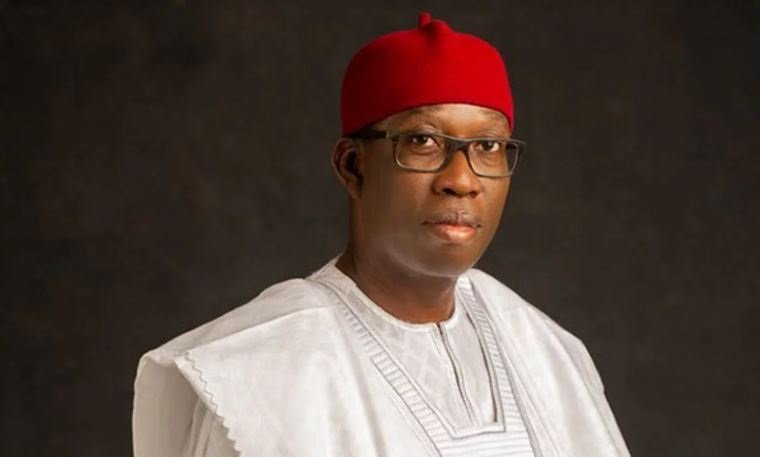 The Delta State Government says Governor Ifeanyi Okowa has constructed over 883 road projects, spanning 1,932km across the state in the past seven years.

The State Commissioner for Information, Mr. Charles Aniagwu, stated this at a press briefing on Monday in Asaba,

He said Gov. Ifeanyi Okowa’s led administration constructed over 1,000 line drainages and storm drainages in Asaba and Warri since inception.

The commissioner was reacting to the allegation that the All Progressive Congress (APC), Presidential Candidate, Sen. Bola Tinubu and the state Governorship Candidate, Sen. Ovie Omo-Agege, that Okowa administration could not account for monies received over the period.

“Starting from the creeks, where Tinubu and Omo-Agege claimed nothing was being done and we won’t blame them because they are not aware of happenings in the state.

“Beyond Road construction we have embarked on the construction of 22 bridges with 7 completed among which is the Ovwor – Effurun-Otor Otor Bridge, Oha-Orerokpe Road Agbarho-Orherhe Road and Bridge.

“Others are Kwale-Beneku ongoing, Trans Warri Road and bridges, Koka Interchange and Flyover and the Ayakoromo bridge among others,” Aniagwu said.

On job creation in the state, Aniagwu said the state government under its youth empowerment programmes had empowered 13,510 youths with 222,000 persons benefiting directly and over 1.3 million people benefiting indirectly.

On successes recorded in the health sector, Aniagwu, who doubles as Peoples Democratic Party (PDP) Presidential Campaign Spokesman, said over 1.1 million people and residents of Delta had been enrolled into the state’s Contributory Health Commission.

He said that the Asaba Specialist Hospital, Advanced Diagnostic Centre and Mother and Child Hospital in Owa-Alero and Ekpan were some of the achievements of the state government under the health sector.

He said that the Okowa’s administration also recorded impressive performances in the revamping of six existing technical Colleges and the construction of additional nine new technical colleges.

The state government also established 45 new Secondary and 17 new primary schools across the state this culminated to the construction of 8,617 class room blocks and the establishment of the Teachers’ Professional Development Centre, Owa-Oyibu.

He tasked the opposition party to stay on the issues and focus on what they want to offer the people instead.

Looted Art and Legal Restitution: The case of the Benin Bronzes – Kaine Agary