NUC issues licence for take-off of University of Ilesha
Advertisement 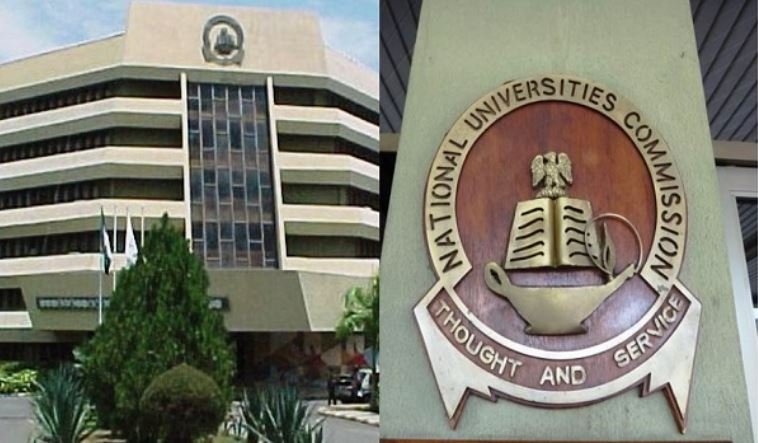 The National Universities Commission (NUC), has issued a provisional licence for the establishment of the University of Ilesha in Osun.

The executive secretary, NUC, Prof. Abubakar Rasheed, while issuing the licence to the Governor Adegboyega Oyetola of Osun said the establishment of the university would make it the 60th state university and 220th in the country.

Rasheed said that the establishment of University of Ilesha was one of the important legacies any leader would give anywhere in the world.

He commended the governor for this gesture saying the university would focus on Agriculture and Health Sciences in order to produce graduates that would be relevant to the state as well as boost its economy.

“It is worthy to say that at this time when you are about leaving office, you are still learning a legacy for the state and humanity.

“Having review this brief and because of the way the state supported in the supposed restructuring of Ladoke Akintola University, Ogbomosho, we promised that any time the state wants a university, we will be ready to support.

“That time has come and having met the requirements consequence upon the receipt of your letter and the former presentation of necessary documents, I write on behalf of NUC that with effect from Thursday, Nov. 10, that the University of Ilesha is recognised as the 60th state and 220th university Nigeria.

“We want the university to take full advantage of the technical details in the brief.

“By this recognition letter, the Joint Admissions and Matriculation Board (JAMB), Tertiary Education Trust Fund (TETFund) and the National Youth Service Corps (NYSC) have been notified of the establishment of this university,” he said.

Rasheed added that the university was necessary as only two million enrollments could not cater for the educational needs of the over 200 million population of the country.

He said that the 111 private universities in the country could only account for 6 per cent combined enrollments, while public universities took 94 per cent, hence the need for establishing the new state university.

In his response, Oyetola said that the establishment of the university was geared towards contributing to developing the human resources needed to drive growth in Osun and Nigeria.

Oyetola said the university was borne out of Aug. 6, 2021 visit of a delegation of Ijesa elites to his office requesting for the upgrade the 44-year-old College of Education, Ilesha, to a full-fledged university.

“I assured the visiting delegation of our intention to critically scrutinise the request to determine the merit of the request and Osun government’s ability to sustain another university of international repute.

“We thereafter commissioned a reputable firm of KPMG to advise the government on the sustainability of the initiative and the firm turned in a favourable report.

“I formerly conveyed the decision of the government of Osun to upgrade the institution, acknowledged to be the oldest remaining College of Education to a full-fledged university on March 31.

“The establishment of the University of Ilesa is necessitated by the massive gap between qualified candidates and available space in existing higher institutions within the state, as education remains the primary industry in Osun,” he said.

He added that higher education anywhere in the world is a veritable driver of human development, innovation, technological advancement and resource exploration.

According to him, higher education is central to the creation of future wealth, better socio-economic attainment, efficient agro-economy and mining technology in the current dispensation of the knowledge economy.

Oyetola said that the increase in the quest for knowledge further strengthens the importance of higher education in this 21st century.

“Higher education institutions are also critical and central to the development of well-rounded leaders and skilled personnel in all areas of human activities.

“This calls for the need to develop our current college of education into a full-fledged university to train and equip a diverse group of youths with professional skills, entrepreneurial ability, and innovative insights especially in agri-business, mining and health.

“The new University of Ilesa shall focus on agriculture and agri-business to address food insecurity, mining technology building on the abundant gold deposit in Ijesaland and medical sciences to enhance the human resource need in the health sector,” he said.

Also, former Governor of the state, Chief Bisi Akande, said that with the new university, Osun now qualifies as a centre for knowledge.

Akande, however, wants the commission to inform Nigerians on the need to take numeracy and literacy education as important.

According to him, Nigeria must be aspiring to be more educated to catch up with the developed world.

He, therefore, reiterated the new university had been carefully conceived as a thorough entrepreneurial and innovative institution that would be funded through a mix of sources such as the government, community, industry, and other stakeholders.