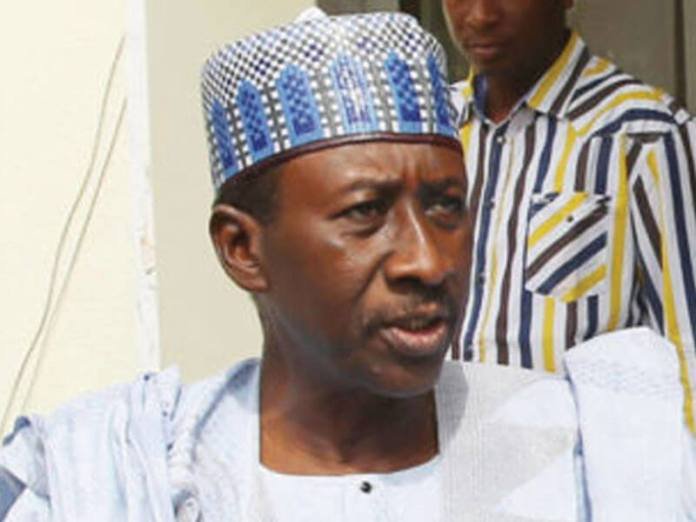 Monguno said this at an emergency meeting of the Inter-Agency Consultative Committee on Election Security (ICCES) organised by the Independent National Electoral Commission (INEC) in Abuja on Friday.

He described the situation as bad, stressing that, it required urgent attention.

Monguno said that President Muhammadu Buhari has given the go ahead to all security agencies to deal decisively with individuals or groups trying to prevent peaceful conduct of the 2023 general election.

“The president has also given his directive through me to all the operational intelligence and law enforcement agencies to ensure the 2023 elections are held in an atmosphere devoid of any rancor.

“The president is extremely pleased with the outcome of the results of elections in and Anambra, Ekiti and Osun States and he want a repeat of such performance.

“A manifestation of the people’s will triumphing over any obstacle that might dismantle the democracy we are trying to protect.

“I want to assure you that the security agencies have been given clear cut instructions to pre-empt and deal with any situation in which any group organization or institution decides to embark on what we consider to be a fundamentally criminal enterprise for undertaking,” he said.

Monguno added: “Whether these are isolated incidents, collected group activities. It is not important. The important thing is that every Nigerian is allowed to cast his votes. And those votes must count.”

He said that persons or groups trying to perpetrate unlawful acts regards of their political affiliation in Nigeria, would be awarded appropriate sanction.

“A categorical unequivocal warning to each and everyone regardless of whichever party, including the party of the president.

“For as long as you decide to scuttle the Nigerian election process, the law enforcement agencies will equally be uninhibited in reacting to whatever actions you have taken, you will be visited with appropriate or commensurate response.

“I want to assure you, and I’m saying this with all sincerity,” he said.

The NSA urged individuals who organised criminal elements to cause mayhem during election to call their supporters to order.

Monguno said that the Nigeria security and intelligence agencies have been tracking some of the masterminds.

Speaking, Nigeria’s Inspector-General of Police, Mr Usman Baba warned those planning to undermine 2023 general election in Nigeria to have a rethink or be brought to book.

Baba said that the police was committed to ensuring that the 2023 general election was peaceful and credible, urging the political actors to play by the rule to enable security agencies protect them.

He said that since the start of electioneering campaign in Nigeria there have been incidences of disruptions in party rallies and campaigns through violence.

Baba said that police has made some arrests, while investigation conducted and some suspects prosecuted.

He called for quick dispensation of justice and adequate punishment for those who had been arrested for electoral offences to serve as deterrent to members of the public.

“Punishment and rewards are necessary tools in any environment.

“It is our hope and prayer that now that we don’t have Electoral Tribunal to prosecute electoral offences, we are urging our courts that we have taken our cases to now to hasten up.

“This is important, so that punishment will be awarded to those who will have found guilty or those we have established that they have a case to answer,” he said.

The INEC Chairman, Prof. Mahmood Yakubu, called for urgent actions to address attacks on the commission’s facilities ahead of 2023 general election.

“Secondly, the spate of attacks during electioneering campaigns by political parties is increasing rather than decreasing. While the damage in the attack in Ede South was minimal, that of Abeokuta South was extensive.

Yakubu said that the INEC was taking urgent steps to repair the damaged building and replace the facilities in the Ede South Local Government Area so that the office become functional immediately.

“For Abeokuta South Local Government Area office, the destruction was total. Consequently, the Commission is relocating our staff to the old State office (also known as INEC Office Annex) in Oke-Ilewo area of Abeokuta.

“All activities involving the 15 Registration Areas (Wards) and 445 Polling Units in Abeokuta South Local Government Area will henceforth be coordinated from the new location in Oke-Ilewo.

“Similarly, the Resident Electoral Commissioner (REC) for Ogun State has been directed to compile the Voter Identification Numbers (VINs) of all the 65,699 Permanent Voters Cards (PVCs) lost in the attack from our database and submit the record for immediate reprint,” he said.

Yakubu assured that no registered voter would be disenfranchised in the affected area as a result of the dastardly act.

On the spate of physical attacks during the ongoing political campaigns and rallies, Yakubu said that INEC had so far tracked 50 incidents across 21 States of the federation and the Federal Capital Territory.

“The commission is worried that if no urgent and decisive steps are taken, the attacks will intensify as we approach the election date. As we all know, a peaceful campaign heralds a peaceful election. We need to take decisive steps to stem the ugly trend.

“As a body, the ICCES brings together security, safety and other agencies responsible for securing the process and ensuring peaceful elections in Nigeria.Understandably, Nigerians expect a decisive action from ICCES.

“It is important that we move swiftly to apprehend perpetrators, prosecute them as required by law and reinforce security around election officials and electoral infrastructure around the country.

“As we have stated on several occasions, election is a multi-stakeholder activity involving not just INEC and the security agencies,” he said.

Yakubu reassured of credible election in 2023 in spite of the challenges.

“The attempt to sabotage or weaken our resolve will not deter us from conducting transparent elections in which only the votes cast by Nigerians on Election Day will determine winners of elections.”