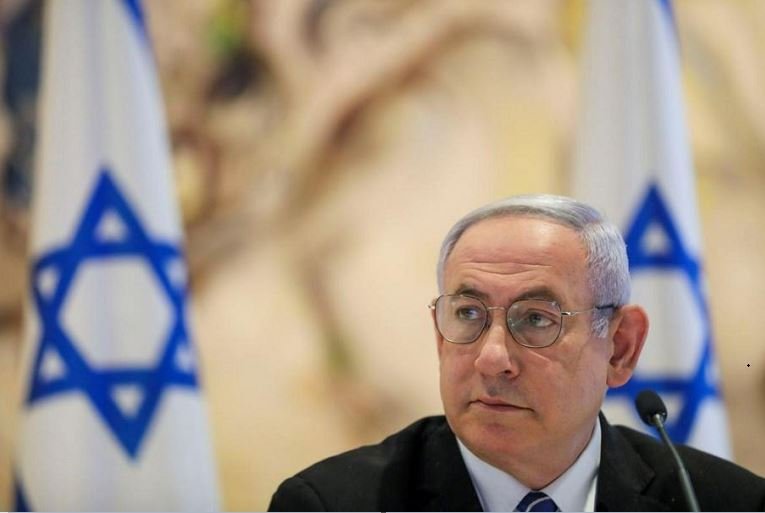 Benjamin Netanyahu concluded his recent autobiography “Bibi: My Story” with a declaration that his time on the opposition benches, after an election loss in 2021, was a “hiatus” and that great tasks lay ahead.

Published just before the fifth Israeli election in four years and on wide display outside voting stations on election day, the book is imbued with Netanyahu’s confidence that he would retake top office soon.

If preliminary counts hold, the longest-serving Israeli prime minister, who has dominated national politics for more than a decade, is back and set to form what looks like being one of the most right-wing governments in the country’s history.

“I haven’t yet lost my voice and I have your voice!” he told a cheering crowd of supporters in the early hours of Wednesday morning, his tie perfectly matching the party’s shade of blue.

“Today, we won a sweeping vote of confidence,” he continued, as the crowd, waving blue and white Israeli flags and Likud banners, interrupted with chants of “Bibi, King of Israel!”

Netanyahu, 73, has pledged to build on the achievement of his previous term, the Abraham Accords with the United Arab Emirates and Bahrain, that opened the way for a possible normalization of relations with other Arab countries.

But most attention has been focused on his alliance with the ultranationalist Religious Zionism party and its co-leader Itamar Ben-Gvir, who was convicted in 2007 of racist incitement against Arabs and who until recently was advocating expelling Palestinians from Israel.

The two aspects underline the challenges facing Netanyahu as he begins preparations to form a government where he will face pressure to award plum posts to Ben-Gvir and his partners while calming concerns from allies including the United States.

On trial for corruption over bribery and other charges which he denies, Netanyahu looks set to depend on support from Religious Zionism and two smaller religious parties.

Those parties have been more willing to set aside Netanyahu’s legal troubles and critics say that with help from the far-right, Netanyahu may seek radical judicial reforms that could potentially save him from conviction and imprisonment.

In return, he may have to hand over ministries that have a direct hand in setting Israel’s security and economic policies.

Dubbed “magician” by fans for his English-fluent oratory and record of conjuring up of seemingly impossible coalitions, Netanyahu has been flanked on the right in previous governments.

He still managed to normalize ties with Gulf Arab states despite waging three wars against the Palestinians in Gaza. As a free-market champion, he oversaw impressive economic growth and achieved a speedy rollout of vaccines during the COVID-19 pandemic.

But he was also more willing to publicly confront the United States over the Iranian nuclear program than the outgoing government, addressing Congress over the objections of then President Barack Obama and drawing a red line on a cartoon bomb in a U.N. speech to underscore Tehran’s technological progress.

A former army commander whose elder brother, Yoni, was killed leading the 1976 rescue of hijacked air passengers in Entebbe, Uganda, Netanyahu has shown little enthusiasm for the decades-old vision of Palestinian statehood alongside Israel.

US-sponsored Israeli-Palestinian negotiations stalled, in 2014, under his watch. A resumption looks increasingly unlikely.

Netanyahu’s disputes with Obama distressed many US Jews, who tilt liberal. As prime minister again, Netanyahu will have to deal with another Democratic president, Joe Biden – and hope for reelection of Republican former President Donald Trump.

Still, cracks have appeared in the once ironclad rapport between Netanyahu and Trump. The ex-president said in a profanity-laced media interview last year that he was stung by Netanyahu congratulating Biden on winning the White House.

Netanyahu’s memoir, for its part, describes Trump as “fixated” on brokering Israeli-Palestinian peace – a goal which, while unattained, was among motivations for the prime minister abandoning a plan to annex parts of the occupied West Bank.

Religious Zionism may now compel Netanyahu to revisit the plan, dashing whatever hope remains of a Palestinian state.

On Wednesday, perhaps trying to allay fears abroad, he voiced confidence he would be able to build a responsible coalition that would avoid “unnecessary adventures” and “expand the circle of peace”.

How to square that circle with the fiery rhetoric of his allies will test all his political skills.