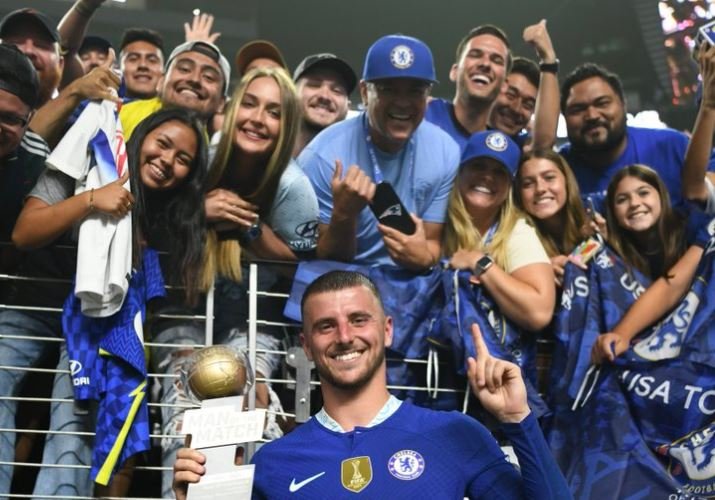 England midfielder Mason Mount, 23, rejected a new Chelsea contract worth more than £200,000 a week before the World Cup. (Mail)

Sampdoria could cancel Harry Winks’ season-long loan from Tottenham early. The 26-year-old England midfielder has not played because of an ankle injury. (Calciomercato – in Italian)

Portugal forward Joao Felix, 23, wants to leave Atletico Madrid and has asked his agent to find him a new club. (Marca – in Spanish)

Manchester United have held talks about re-signing 28-year-old Netherlands forward Memphis Depay from Barcelona, who may cancel his contract to get him off their books. (Sky Germany)

Everton would be willing to allow Colombia centre-back Yerry Mina, 28, and Mali midfielder Abdoulaye Doucoure, 29, to leave in January. (GiveMeSport)

The Premier League will not follow FIFA’s ultra-strict approach to stoppage time, which has meant some matches last more than 100 minutes, when the league resumes after the World Cup. (Mail)

Amancio Ortega, the owner of the Inditex empire that owns the fashion chain Zara, has no interest in buying Manchester United despite reports suggesting the 86-year-old was ready to make a bid. (Cadena Cope – in Spanish)

Barcelona manager Xavi Hernandez has asked the club to extend the contract of 34-year-old Spain midfielder Sergio Busquets for one more season. (Sport – in Spanish)

Real Betis are considering a move for 26-year-old Spain winger Adama Traore, whose contract at Wolves expires at the end of the season. (Estadio Deportivo – in Spanish)

Napoli are interested in signing Wolves’ Traore on a free transfer next summer. (Gazzetta Dello Sport via Football Italia)

England play goalless draw against US