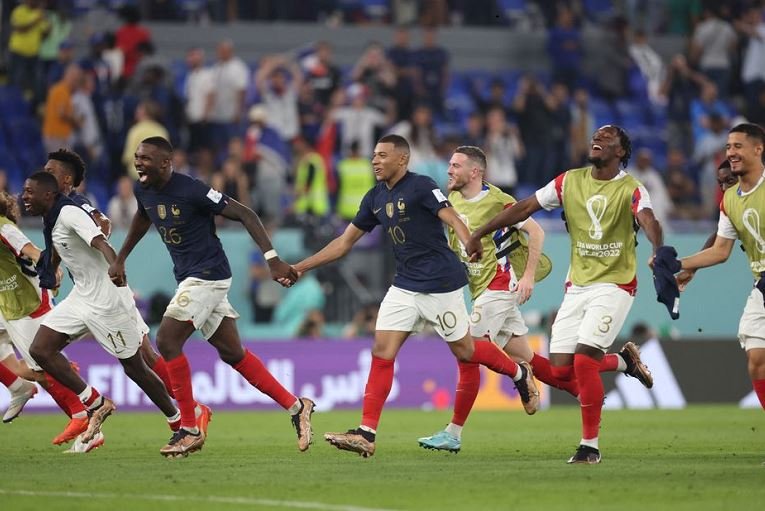 Kylian Mbappe scored a second-half double as France became the first team to book their spot in the World Cup knockout stage on Saturday by defeating a feisty Danish team 2-1 in a tense encounter.

After a goalless first half in which the defending champions dominated but failed to convert, defender Theo Hernandez linked up with the electric Mbappe, whose shot deflected off the heal of Andreas Christensen and into the back of the net to give France the lead in the 61st minute.

Denmark levelled seven minutes later, with Christensen making up for the deflection by blasting a powerful header past distraught French goalkeeper Hugo Lloris.

Mbappe finished the job in the 86th minute, converting on a cross from Antoine Griezmann and propelling the ball into the back of the net with his thigh.

France top Group D with six points, three ahead of Australia, who beat Tunisia 1-0 earlier in the day, with the Danes and the Tunisians both on one point.

Denmark threw everything forward looking for a second equaliser, leaving acres of space at the back, but their late attacks lacked precision and the French held on for the win that put them through.

“It was the small things again,” a frustrated Kasper Hjulmand told Denmark’s TV2. “We had hoped that we could close it out, it was like the game had gone a little bit cold, but it was simply small things.”

Mbappe’s brace took his international total to 31 in 61 games for France, putting the 23-year-old level with Zinedine Zidane and 20 goals behind Olivier Giroud and Thierry Henry, France’s joint record goal-scorers.

“What can I say, I’ve said it before – he’s an exceptional player. He has the ability to be decisive, to stand out from the crowd and make a difference in games,” Deschamps said of his goal-poaching star.

“We now have peace of mind going into our third game as we have already sealed our spot in the last 16, and we’re hopefully going to finish top of the table,” he added.

The French will face one of the teams from Group C – Poland, Saudi Arabia, Mexico or Argentina – in the last 16.

“We are very competitive and there is a great team spirit, both on and off the pitch, and we’ll need that for what is waiting ahead,” Deschamps said.

Lewandowski scores as Poland close in on last 16