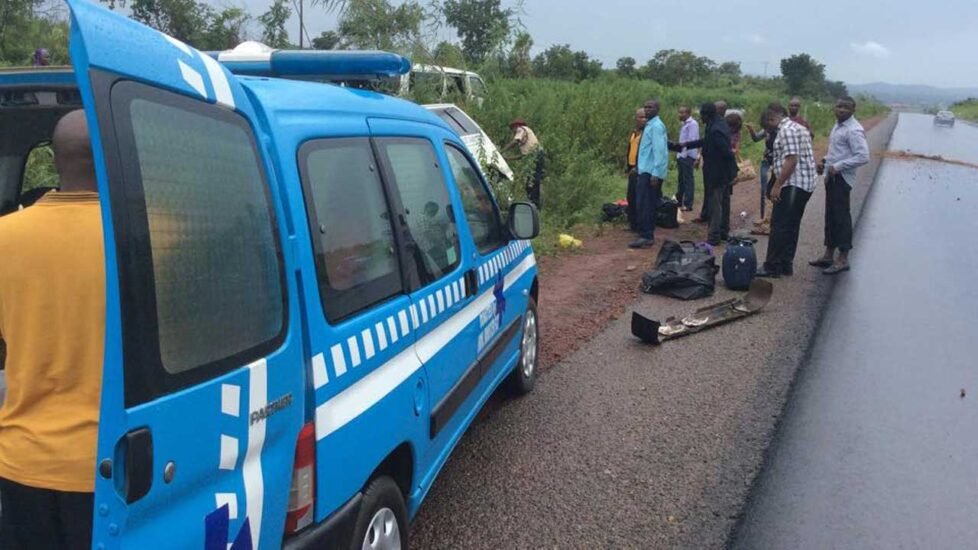 The Borno Sector Commander of Federal Road Safety Corps (FRSC), Mr Utten Boyi, has confirmed the death of 37 people in a ghastly accident that occurred along the Maiduguri-Damaturu Road.

“The buses on speed caught fire after the collision. We counted 37 corpses and most of them burnt beyond recognition.

“The accident happened around Jakana village about 35 kilometres from Maiduguri,” Boyi said.

He said that his men in collaboration with the Police, NEMA and fire service mobilised their personnel to evacuate the victims of the accident.

According to him, the police had obtained a court order to carry out mass burial for the deceased.
NAN reports that a similar accident was recorded along the same road on Monday involving a bus with 10 passengers where five of them lost their lives.