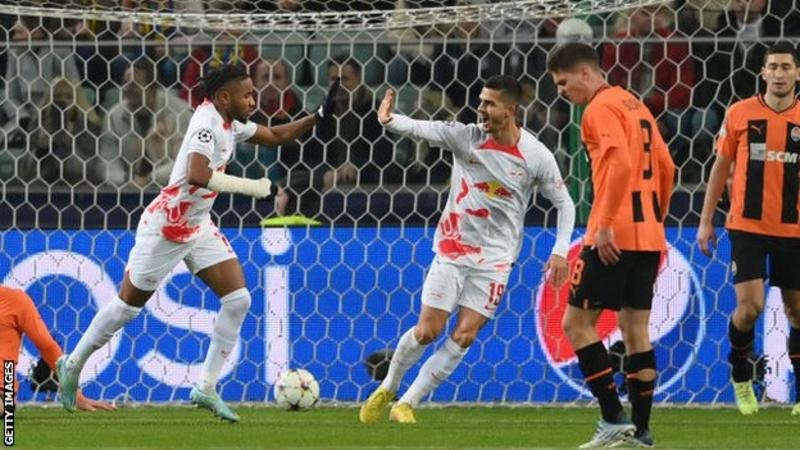 RB Leipzig secured their place in the last-16 of the Champions League by beating Shakhtar Donetsk, who drop into the Europa League.

Ukrainians Shakhtar needed a win for a top-two finish in Group F but fell behind early on when Christopher Nkunku capitalised on a mistake to score.

Andre Silva got a second from close range before Dominik Szoboszlai rounded the goalkeeper for a third.

The Spain international received the ball from a free kick before lifting a shot into the top corner.

Shakhtar are third with Celtic bottom of the standings.