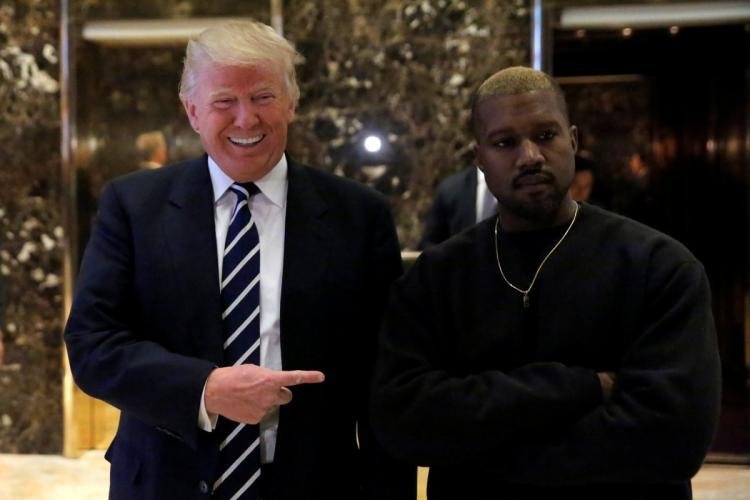 American rapper Kanye West – who has been embroiled in an antisemitism scandal over the past two months – announced over Twitter Wednesday that he asked former US president Donald Trump to be his running mate in the 2024 presidential elections.

“First time at Mar-a-Lago… What you guys think his response was when I asked him to be my running mate in 2024?” said West in a tweet with a poll attached. Viewers could select “That’s very Ye” – a play on words regarding his nickname, “Ye” – or “That’s very Nay” as options.

Kanye West, who was banned from Twitter for tweeting a threat against the Jewish people amid his antisemitic diatribe, tweeted “Shalom :)” after being reinstated on Sunday.

The rapper has previously hinted at making a run for the Oval Office himself and was even on the ballot in twelve states during the 2020 elections – receiving 70,000 total votes for US president.

West has made headlines in the past for his support of the controversial former Republican president. West previously met Trump at a highly-publicized 2018 meeting at the Oval Office, and also met with the former president at Trump Tower in New York in 2016, shortly after Trump was elected president.

And I had on jeans Yikes

What you guys think his response was when I asked him to be my running mate in 2024?

West, who faced criticism for his antisemitic rants in October, included criticism of Trump’s son-in-law Jared Kushner amid his tirades.

“I just think that’s what they’re about, is making money,” West said in an October interview on FOX News’ Tucker Carlson Tonight where he claimed Kushner, who is married to Donald Trump’s daughter Ivanka, worked on the historic 2020 Abraham Accords to “make money.” “I don’t think that they have the ability to make anything on their own. I think they were born into money,” West continued.

Kushner, Ivanka Trump and the couple’s children are practicing Jews, as Ivanka converted to Judaism ahead of marrying Kushner in 2009.

Amid the controversy regarding the rapper’s antisemitic comments and direct criticism of his son-in-law, Trump refused to condemn West – choosing rather to heap praise on the rapper.

“He was really nice to me. Beyond anybody, he was,” the twice-impeached former president said in an October interview. “He was great to me.”

Related Topics:Donald TrumpKanye West
Up Next