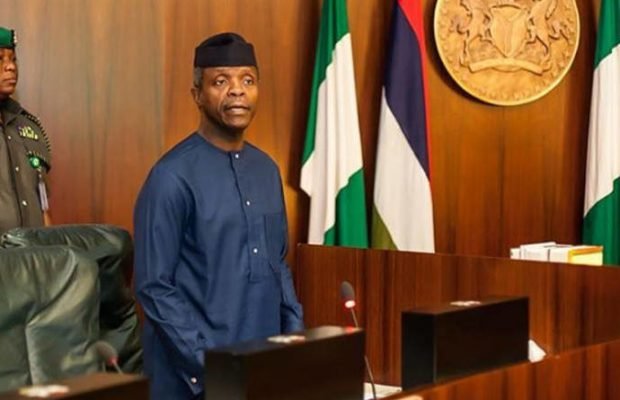 Laolu Akande, Senior Special Assistant to the President on Media and Publicity, Office of the Vice President, briefed State House correspondents after the FEC meeting on Wednesday at the Presidential Villa, Abuja.

Akande said that the Minister for works and Housing presented a memo in line with Federal Government’s continued engagement in bringing succour and resolving issues around the recent flooding.

“He got approval for the variation order in respect of repair works on the East-West road project affected during the recent flooding occurrences in the Niger Delta.

“So, the approval was for a variation order for the East-West road project sections 1-4 from Warri to Port Harcourt, Eket, Oron, including Oron-Eket bypass in the sum of N260 billion, thereby increasing the total contract sum for the outstanding sections 1-4 of the East-West road projects from the sum of formerly of N246 billion now to N506 billion.

“The memo was approved.”

Akande said that the Minister for Works and Housing got approval for the award of contracts for the urgent repairs, and special general maintenance of a few roads nationwide.

He said the approval included the construction of Gogora Guru Road in Yobe state, in the sum of N40 billion, with the completion time of 36 months.

“He also got approval for the rehabilitation of the 90 kilometre Buni Gari Gulani road also in Yobe state in the sum of N4 billion with a completion period of 36 months.”

The senior special assistant added the minister got approval for urgent repairs in some roads also for the reconstruction of water cooperation, drive at Trinity Avenue Victoria Island Lagos state.

“That too was also approved in the sum of N2 billion with a completion period of 36 months.”

He added that the minister also got approval for the award of contract for the dualisation and reconstruction of the Kano-Kwana-Ganja-Adeja road in Kano and Jigawa States, section Kano to Salu.

“This was approved in the sum of N94 billion inclusive of 7.5 per cent VAT with a completion period of 24 months,” he said.