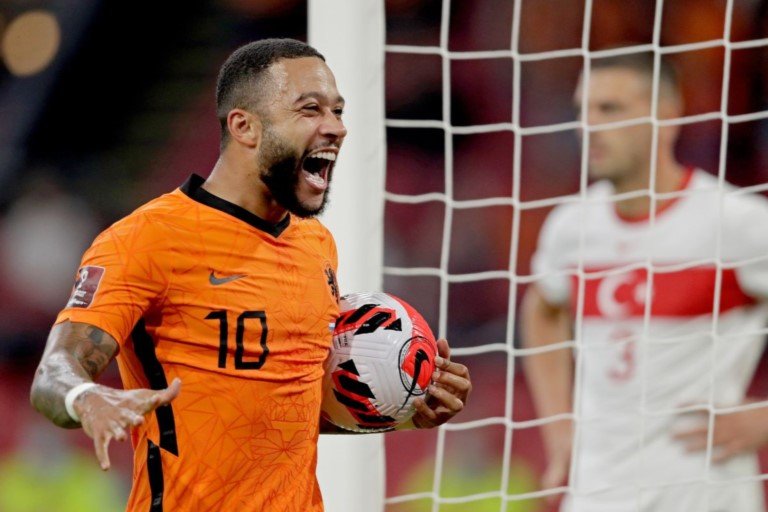 Depay has not played since limping off during the Nations League match against Poland on Sept. 22, and has played less than 150 minutes for Barcelona this season.

“He is fit to play from a medical perspective, but we will have to build Depay up,” Netherlands coach Louis van Gaal told a news conference.

“He won’t be able to start in our first match against Senegal (on Nov. 21), but he might come on as a substitute,” he said, adding that Royal Antwerp’s Vincent Janssen would be Depay’s likely replacement.

The injury of Depay, who was involved in 18 of the 33 goals the Netherlands scored in the qualifying campaign, is a serious risk for the side’s chances, Van Gaal said, but does not change their ultimate objective.

“We have one goal, to become world champions. With our team spirit we definitely have a good chance,” said the 71-year old former coach of Ajax Amsterdam, Bayern Munich and Manchester United.

Simons, 19, has made a strong impression since his move from Paris St Germain to PSV Eindhoven in the close season, scoring eight goals in 13 league matches.

Van Gaal sprung a surprise by leaving out 33-year-old goalkeeper Cillessen, who rejoined his old club NEC Nijmegen from Valencia in the close season in the hope of reviving his international career.

The Dutch will play their first World Cup match since winning bronze in Brazil in 2014 against Senegal and will also face Ecuador and host nation Qatar in Group A.