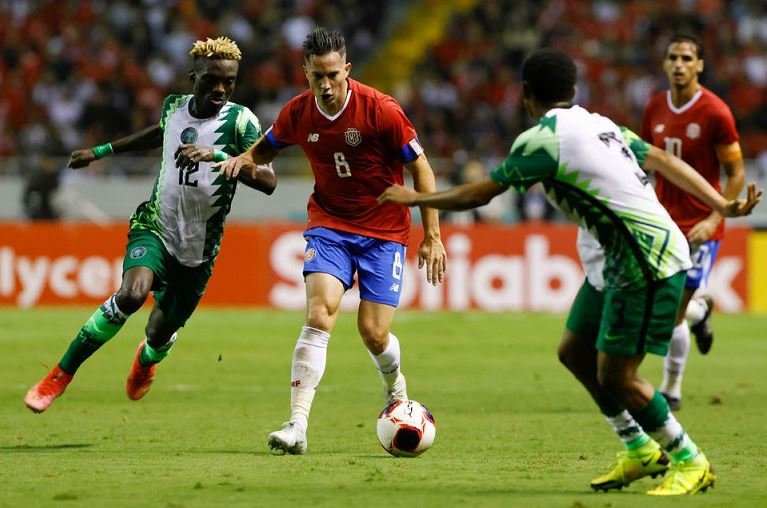 World Cup-bound Costa Rica bid farewell to home fans with a 2-0 victory over Nigeria in a friendly international on Wednesday.

Oscar Duarte’s seventh minute goal was followed by a second from Kendall Waston in the 73rd minute against a Nigerian team without any of their overseas-based regulars and made up mainly of members of their Under-23 team.

Costa Rica had several other chances to add to their tally as supporters at the National Stadium provided a carnival atmosphere ahead of the team’s departure for the World Cup in Qatar.

Costa Rica will compete against Germany, Japan and Spain in Group E at the World Cup finals.