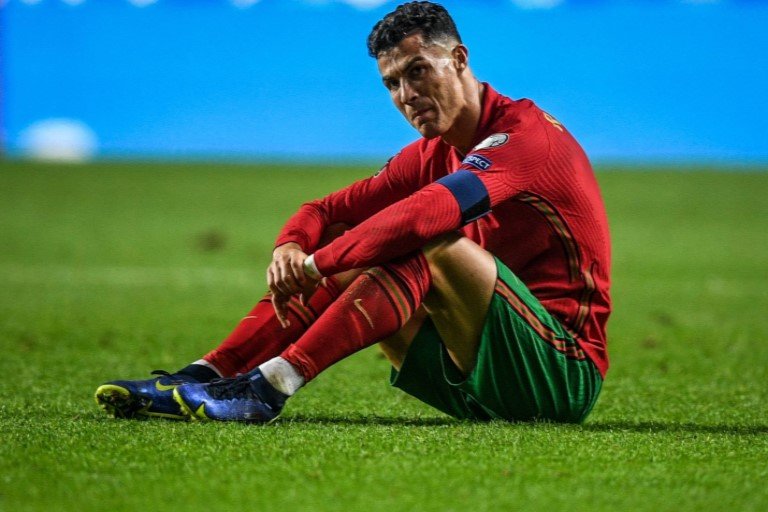 Chelsea are unlikely to make a move for Portugal forward Cristiano Ronaldo now he is a free agent, despite previous interest. (Sun)

Newcastle United have no interest in signing Ronaldo, 37, after his departure from Manchester United. (Football Insider)

Manchester United will launch a January bid to bring Barcelona’s 28-year-old Netherlands forward Memphis Depay back to Old Trafford, where he left in 2017. (Sport – in Spanish)

Ronaldo turned down an offer from Al-Hilal last summer worth more than £125m per year, but is set to receive a lucrative offer to play in Saudi Arabia’s Pro League again now he is a free agent. (Telegraph – subscription required)

Manchester United are discussing whether to replace Ronaldo permanently in January or hold off until the summer and bring in a short-term loan signing, like they did with Nigeria striker Odion Ighalo in 2020. (Mail)

Sir Jim Ratcliffe will bid for Manchester United. The British billionaire previously said he would be interested in buying the club, but then said in October the Glazer family had told him they did not want to sell. (Telegraph – subscription required)

Arsenal and Chelsea are interested in France midfielder Adrien Rabiot and Tottenham could also join the race to sign the 27-year-old, whose contract with Juventus runs out in the summer. (Calciomercato – in Italian)

Chelsea and Liverpool are set to miss out on January transfer target Konrad Laimer as the RB Leipzig and Austria midfielder, 25, wants to join Bayern Munich when his contract expires in the summer. (Bild, via Express)

Morocco winger Hakim Ziyech, 29, has refused to rule out leaving Chelsea during the January transfer window. (NOS, via Metro)

Leeds United have been in contact with AC Milan asking to be kept informed over the status of Belgium striker Charles de Ketelaere, 21. (TeamTalk)

West Ham expect to lose England midfielder Declan Rice, 23, to a Champions League club next year, regardless of what the Hammers achieve this season. (Football Insider)

Spain forward Marco Asensio, 26, says he wants to stay at Real Madrid, despite his contract expiring at the end of the season. (Radio Marca)

Barcelona have told coach Xavi they can only make new signings in January if players leave first. (Marca – in Spanish)

A full takeover of Everton by US investors is edging closer after new developments behind the scenes. (Football Insider)