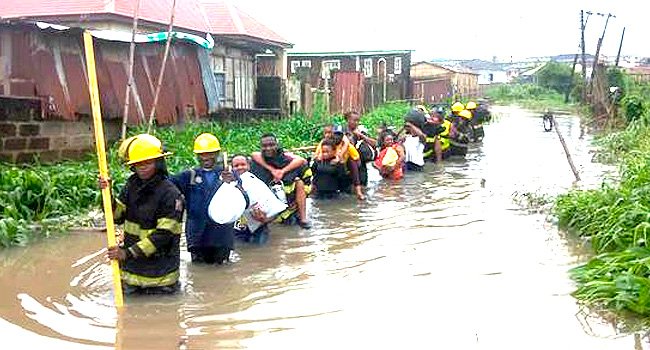 This is according to data released on Monday by BYSEMA in Yenogoa and obtained by NAN.

The agency said no fewer than 1.2 million were displaced and compelled to seek refuge in temporary camps.

Ibnubia said that collation of data from the field was still ongoing.

“The flood affected a number of farmlands, school buildings, health structures and other facilities.

“The flood also affected some 300 communities across the eight LGAs of the state.

“Preliminary reports and data available to SEMA and other agencies indicate that Bayelsa remained the most flood impacted among states in the country,” he said.

NAN reports that the agency said among the worst affected areas in the state are: Biseni, Tombia-Ekpetiama, Tombia-Amassoma Road, Akenfa, Akenpai, Igbogene and Swali, all in Yenagoa Local Government Area, as well as Kaiama, Odi, Otuoke, and Ogbia communities.

The National Emergency Management Agency (NEMA) has said about 2.5 million persons are affected and over 603 persons killed by the flooding in the country.

No President like Buhari in Nigeria’s history – APC spokesperson