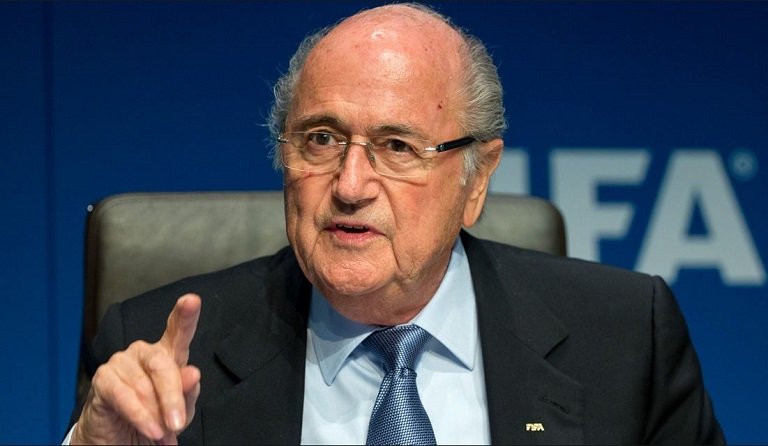 Former FIFA president Sepp Blatter says the decision to award the 2022 World Cup to Qatar was a “mistake”.

Blatter, 86, was president of world football’s governing body when Qatar was awarded the tournament in 2010.

The Gulf state has been criticised for its stance on same-sex relationships, human rights record and treatment of migrant workers.

Qatar World Cup ambassador Khalid Salman has said that homosexuality is “damage in the mind”.

Speaking on upcoming BBC Radio 5 Live podcast series Power Play – The House of Sepp Blatter about the decision to award Qatar the World Cup, Blatter said: “I was right at a certain time to say, ‘This should not go there.’”

In an interview with Swiss newspaper Tages Anzeiger, he added Qatar is “too small of a country” to host the tournament and that “football and the World Cup are too big for it”.

The Qatar World Cup, the first to be hosted in the Middle East in the tournament’s 92-year-history and the first during the Northern Hemisphere winter, takes place from 20 November to 18 December.

FIFA’s executive committee voted 14-8 for Qatar to host the tournament ahead of the United States 12 years ago, at the same time Russia was awarded the 2018 event.

Blatter says he voted for the United States and blames then-UEFA president Michel Platini for swinging the vote in Qatar’s favour.

“It was a bad choice and I was responsible for that as president at the time,” he said.

“Thanks to the four votes of Platini and his [UEFA] team, the World Cup went to Qatar rather than the United States. It’s the truth.”

Blatter also said FIFA had adjusted the criteria used to select host countries in 2012 after concerns were raised about the treatment of migrant workers building World Cup stadiums in Qatar.

“Since then, social considerations and human rights are taken into account,” he added.

Blatter spent 17 years as FIFA president but was forced to step down in 2015 over allegations he unlawfully arranged a transfer of two million Swiss francs ($2.19m; £1.6m) to Platini, who was also forced to resign from his position at FIFA.

He was originally banned from football by FIFA for eight years, later reduced to six, over the Platini payment. In March 2021 he then received an additional ban until 2028 for “various violations” of FIFA’s code of ethics.

Blatter and Platini were charged with fraud last November but were found not guilty at a trial in Switzerland in July.

The decision to award the 2018 and 2022 World Cups to Russia and Qatar respectively has been dogged by accusations of widespread corruption, with two investigations launched by Swiss prosecutors and the US Department of Justice in 2015.

Qatar and Russia have always denied any wrongdoing, and both were effectively cleared by FIFA’s own investigation in 2017.

FIFA recently wrote to competing nations asking them to “now focus on the football” instead of the competition’s controversial build-up.

The FIFA letter was criticised by Human Rights Watch, Amnesty International and LGBTQ+ campaigners in England and Wales, while 10 European football associations – including those of England and Wales – said “human rights are universal and apply everywhere”.

Amnesty International says that since 2010, hundreds of thousands of migrant workers have faced human rights abuses while employed to build wider infrastructure necessary to host the tournament.

Peaceful protests have been planned by some players, while England’s Harry Kane and nine other captains of European teams will be wearing ‘One Love’ armbands. to promote diversity and inclusion.

Denmark will wear “toned-down” shirts to protest against Qatar, with kit provider Hummel saying it “does not wish to be visible” in a tournament it claims “has cost thousands of lives”, while Australia’s squad have released a video urging Qatar to abolish its laws on same-sex relationships.

World Cup ambassador says homosexuality is ‘damage in the mind’

Salman was speaking to ZDF in a documentary to be broadcast on Tuesday.

“They have to accept our rules here,” he said. “[Homosexuality] is haram. You know what haram [forbidden] means?”

When asked why it was haram, Salman said: “I am not a strict Muslim but why is it haram? Because it is damage in the mind.”

The interview was then immediately stopped by an accompanying official.

The host country’s World Cup organisers have stated “everyone is welcome” to visit the country to watch the football matches and claimed no one will be discriminated against.

However, Qatar 2022 chief executive, Nasser al Khater, has said the government would not change its laws on homosexuality, requesting visitors “respect our culture”.

Speaking to BBC World Service’s Sport Today, he added: “It’s surprising and disappointing the Qatar authorities have given assurances to the United Nations and other multilateral bodies about respecting human rights during the tournament and making commitments to social progress and what we’re seeing is those commitments are not being kept on with.

“That’s why it’s so important that all of us are listening globally and following the tournament and knowing that football really is everyone’s game, that we all speak.”

BBC Sport has contacted FIFA and the World Cup organising committee for comment.

Power Play – The House of Sepp Blatter will be available on BBC Sounds from 15 November.