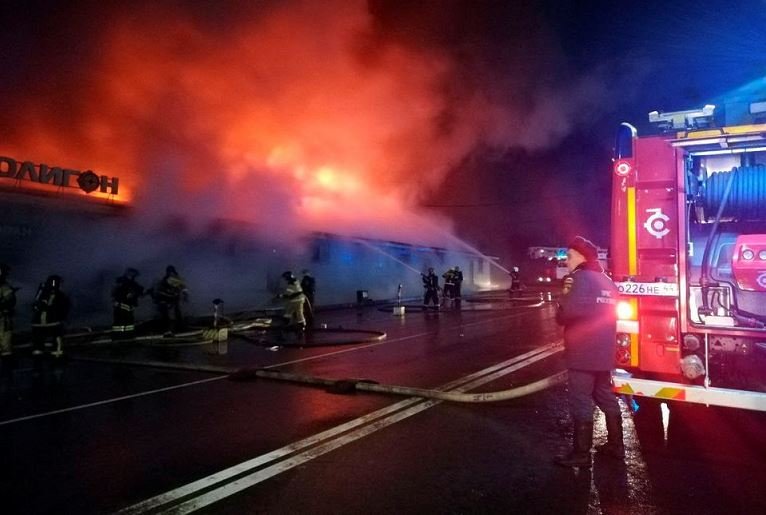 At least 13 people died after a fire broke out in a busy nightclub in the Russian city of Kostroma, officials said on Saturday.

The fire took place in the early hours of the morning at Polygon, a multi-purpose recreation venue used as a cafe, nightclub and bar. Rescuers said 250 people were evacuated from the building.

State media cited investigators as saying the fire started after a man fired a flare gun indoors, setting the ceiling alight. Police have now detained a man in connection with the incident, the interior ministry said.

“After firing a flare, decorative elements on the ceiling caught fire and the fire began to spread instantly. Very quickly the room began to fill with acrid smoke and the evacuation exits were difficult to see. There was pushing and panic,” TASS news agency reported, citing a source.

Most of those killed in the fire had been found in the smoking room, utility room and near the toilets, TASS reported, citing emergency services.

“As a result of the fire, 13 people died; the number of dead and injured is being clarified,” the Investigating Committee said in a statement.

Video shared by investigators showed firefighters spraying water on what appeared to be the smouldering, collapsed roof of the building. According to rescuers, the fire covered an area of 3,500 square metres.

Russia’s emergency ministry said it had not recently carried out a fire safety inspection of the premises due to its classification as a small business.

There have been at least five other fires at restaurants since the start of the year, of which two resulted in deaths.

In 2009, 156 people were killed after a fire broke out at the Lame Horse nightclub in the city of Perm, sparking calls for tougher fire safety laws in a country where deadly blazes happen on a regular basis.