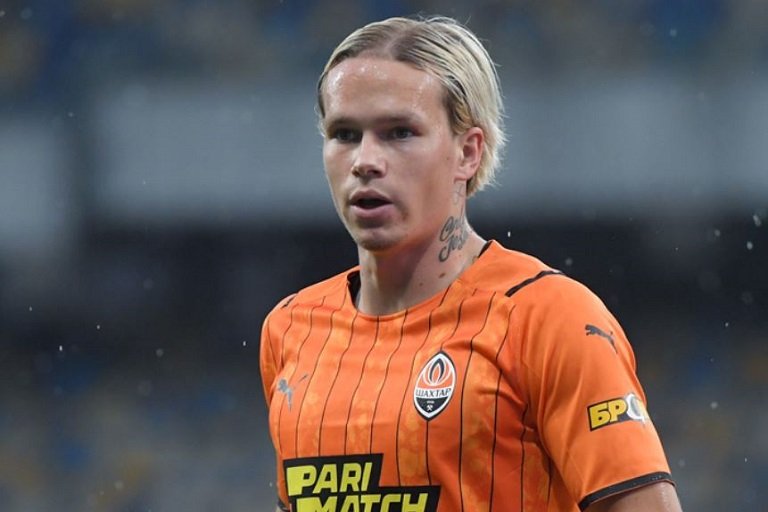 Arsenal have made a bid for Shakhtar Donetsk’s 21-year-old Ukraine winger Mykhaylo Mudryk, who is also of interest to Juventus. (Calciomercato – in Italian)

Southampton will pay Championship side Luton Town more than £4m in compensation for manager Nathan Jones, who replaced the sacked Ralph Hasenhuttl on Thursday. (Telegraph – subscription)

Borussia Dortmund are confident of keeping 19-year-old England midfielder Jude Bellingham beyond the end of the season despite interest from major clubs including Chelsea, Liverpool, Manchester City and Manchester United. (90min)

Paris St-Germain are interested in Atletico Madrid’s 23-year-old Portugal striker Joao Felix and could try to sign him on loan in January. (Le Parisien via Marca)

Bayern Munich’s France defender Benjamin Pavard, 26, is open to playing in a different country next season. He was linked with Chelsea during the summer transfer window. (L’Equipe – in French)

Tottenham will prioritise a right-sided wing-back and a back-up striker in January. (90min)

Senegal will use witch doctors in an attempt to help Bayern Munich forward Sadio Mane, 30, recover from injury in time for the World Cup. (Mail)

Bayern Munich’s Canada defender Alphonso Davies, 22, believes he will be fit for the World Cup after suffering a hamstring strain against Hertha Belin on Saturday. (Mail)

Everton and England striker Dominic Calvert-Lewin, 25, will see a specialist to find out the extent of his dislocated shoulder issue. (Guardian)

Former defender Gerard Pique will run for the Barcelona presidency as he focuses on his business ventures following his retirement as a player this week. (ESPN)