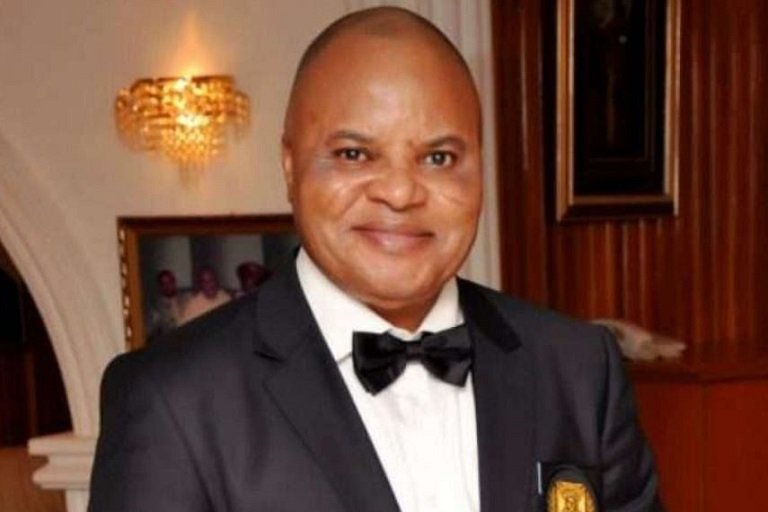 Sen. Ifeanyi Ararume has instituted an N100 billion suit against the Federal Government at the Federal High Court, Abuja over his alleged unlawful removal as a non-executive chairman of the newly Incorporated Nigeria National Petroleum Company (NNPC).

Ararume is asking for N100 billion as damages caused him in the alleged unlawful and unconstitutional way and manner he was removed as the NNPC chief after using his name to incorporate the entity.

When the matter was called on Wednesday, one of Ararume’s counsel, Mr Chris Uche, (SAN) told the court that all parties in the matter had been served the necessary processes.

The judge, Justice Inyang Ekwo, however, evoked provisions of Order 9 Rule 14 (2b) of the Rules of the Federal High Court that allows a judge to order a party whose presence in a matter is pertinent to join the matter.

Justice Ekwo ordered that the Corporate Affairs Commission (CAC) be joined as a party since the case had to do with interpretation of the Company and Allied Matters Act (CAMA).

There was no objection from any of the parties to Ararume’s suit.

The judge adjourned the matter until Dec.15 for mention and ordered that the amended originating summons be served on parties before the adjourned date.

Meanwhile Mr Alhassan Shuaibu, a Principal State Counsel from the Ministry of Justice, announced appearance for the Federal Government.

The former senator formulated four issues for determination by the court.

One of the issue was whether in view of the provisions of the Memorandum and Articles of Association of the NNPC, Companies and Allied Matters Act 2010 and the Petroleum Industry Act 2021, the office of the non executive chairman is not governed and regulated by the stated provisions of the law.

Ararume also asked the court to determine whether by the interpretation of Section 63 (3) of the Petroleum Industry Act 2021, the president could lawfully remove him as non executive chairman of the NNPC for any reason outside the provisions of the law.

He further asked the court to determine whether the president could sack him without compliance with expressly stated provisions of the Articles of Memorandum of Association of the Company, Section 63 (3) of the PI Act 2021 and Section 288 of the CAMA Act 2020.

Another issue for determination was whether his purported removal vide letter of Jan. 17 without compliance with expressly stated provisions of the law was not wrongful, illegal, null and void and of no legal consequence whatsoever.

Ararume asked the court to upon determination of the issues in his favour, make a declaration that his position as non executive chairman of the NNPC was exclusively governed and regulated by CAMA 2020, PI Act 2021 and Memorandum of Association of the Company.

“A declaration that by the provisions of Section 63 (3) of the PI Act, CAMA Act and Memorandum of Association of the NNPC, the president cannot by will remove him from office as non executive chairman without following due process of the law.”

The former lawmaker asked the court for an order setting aside his removal by the president via a letter of Jan. 17 with reference number SGF.3V111/86.

He also asked the court for an order reinstating him and restoring him to office with all the rights and privileges of the office of the NNPC non executive chairman.

He further asked the court for an order nullifying and setting aside all decisions and resolutions of the NNPC board made in his absence from Jan. 17 till date.

He also asked for an order restraining the defendants from removing his name as director of the company.

He asked for N100 billion as damages for the wrongful removal, disruption and interruption of his term of office as non executive chairman of the NNPC.

In a 75 paragraph affidavit in support of the suit, Ararume averred that upon the passage of the Petroleum Industry Act 2021, the former NNPC and its subsidiaries were unbundled to become Nigeria National Petroleum Company registered with the Corporate Affairs Commission with number 1843987.

“On Oct. 20, 2021, the president approved my appointment as a non executive chairman for a period of initial five years and subsequently, my name registered in the Memorandum of Articles of the Company and the appointment was announced to the whole world.

“Based on the appointment, I attended the 23rd World Petroleum Congress in America but surprisingly on Jan. 7, the president inaugurated the NNPC Board without recourse to me while another person was named in (my) place.”

“By a letter of Jan. 17, I was informed of withdrawal of my appointment but without any reason whatsoever to justify the purpoted removal.”

The plaintiff asserted that he was not guilty of any pre- conditions for removal or adjudged medically unfit for the job.

He asserted that he had suffered loss of credibility and goodwill, untold emotional, mental and psychological trauma and public humiliation on account of his alleged unlawful removal.

He therefore prayed the court to award him N100 billion compensation and to order his return to office in line with the letter and conditions of his appointment.

Control of US Congress unclear as Republican ‘red wave’ fizzles