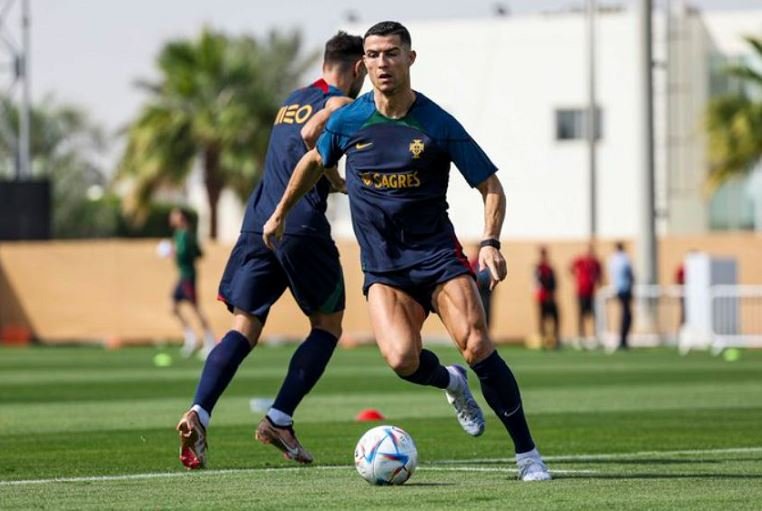 Portugal forward Cristiano Ronaldo, 37, has been offered a three-year deal worth £186m by Saudi Arabian side Al Nassr. (CBS)

Tottenham are yet to open talks with England captain and forward Harry Kane over a new contract, with his current deal due to expire in the summer of 2024. Spurs will have to offer the 29-year-old an “extraordinary” deal to keep him. (Football Insider)

Liverpool are also prepared to spend big on a signing in January, despite the ongoing uncertainty around the club’s ownership. (Football Insider)

Manchester United have fallen behind in the race to sign England midfielder Jude Bellingham, 19, from Borussia Dortmund. (Sky Sports Germany)

Major League Soccer commissioner Don Garber has confirmed a number of clubs in the United States’ top flight are interested in signing Argentina forward Lionel Messi, 35, when his Paris St-Germain contract expires at the end of the season. (90min)

Barcelona’s 19-year-old Spanish left-back Alejandro Balde has named Manchester United as the club he would like to play for other than his La Liga side. (Mundo Deportivo on TikTok – in Spanish)

Tottenham are considering a move for Juventus and United States midfielder Weston McKennie, 24, after the World Cup. (CBS, via Express)

West Ham and Everton have joined the chase for the signature of 18-year-old Colombia winger Jhon Duran from Chicago Fire, but Liverpool and Manchester United are also interested. (Sun)

Leeds United, Everton, West Ham and Leicester City are among the clubs keen on Senegal forward Boulaye Dia. The 26-year-old is currently on loan at Salernitana from Villarreal. (CBS)

Barcelona manager Xavi says he has personally spoken to 16-year-old Palmeiras sensation Endrick in a bid to convince the Brazilian striker to join the La Liga club. (ESPN)