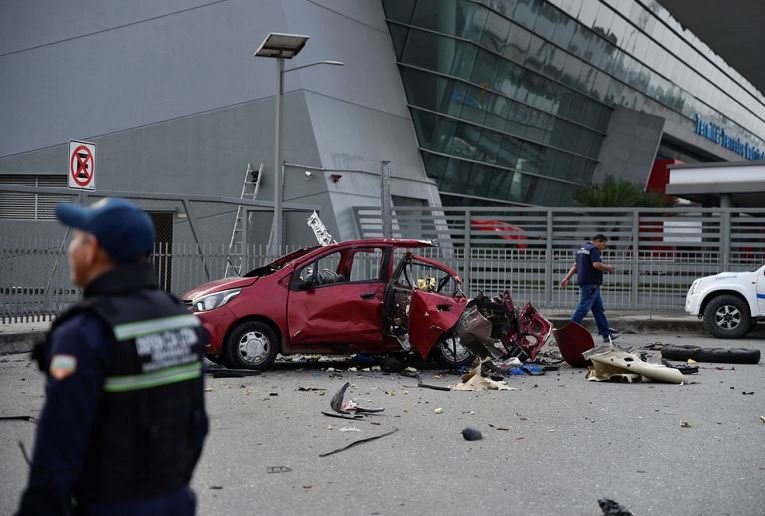 At least two police officers were killed on Tuesday in explosive attacks in Ecuador mounted in response to transfers of prisoners from overcrowded and violent penitentiaries, the government and police said.

Two policemen were killed in an attack on a patrol car in the suburbs of Guayaquil and two others were wounded in another assault on a police unit.

In the northwestern city of Esmeraldas, three explosions were reported and seven prison officers were taken hostage in the city’s jail as inmates protested the transfer of prisoners, the government said. The officers were later released.

Interior Minister Juan Zapata told reporters the attacks occurred as a prison reorganization plan by prisons agency SNAI was being carried out.

“These are reactions to the police and the national government’s actions against organized crime,” Zapata said.

“We are not going to lower our guard, do not think these actions are going to frighten and, much less, less lower the spirit and morale (of the police).”

SNAI said 200 prisoners had so far been transferred from Guayaquil’s Penitenciaria, Ecuador’s most violent prison, to others around the country.

The transfers, which aim to reduce overcrowding and ensure the safety of the prison population, will continue over the course of Tuesday, it said.

President Guillermo Lasso has blamed violence, including inside prisons, on drug gang retaliation for his government efforts to combat the trade. Ecuador is used as a transit point for drugs destined for the United States and Europe.

Ecuador’s prison system has faced structural problems for decades but jail violence has soared since late 2020, with at least 400 people.