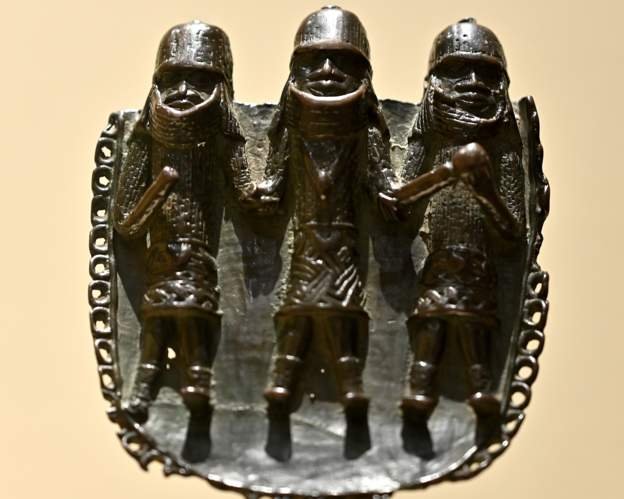 The United States of America has returned 23 looted Benin artefacts to Nigeria.

The Benin Bronzes were handed over to a Nigerian delegation at a ceremony on Tuesday in Washington.

Nigeria’s Minister of Information and Culture Lai Mohammed, who received the artefacts, hailed the US and its institutions for the repatriation of the “highly-cherished” cultural artworks.

“These artefacts are intrinsic to the culture that produced them. A people ought not be denied the works of their forebears. It is in the light of this that we are delighted with today’s repatriation,” he said.

The information ministry said the returned artefacts “comprise 21 from the Smithsonian and one each from the National Gallery of Arts and the Rhode Island School of Design”.

The repatriation is part of a bilateral cultural property agreement to prevent illegal imports into the US of some categories of Nigerian artefacts.

Lonnie G. Bunch III, the secretary of the Smithsonian, said the institution was “humbled and honoured to play a small role in transferring ownership of the art works to Nigeria”, based on ethical consideration.

The items were among thousands of artworks known as the Benin Bronzes stolen from the Benin Kingdom in present-day Nigeria by British colonialists in 1897.

The items were then distributed to various museums and institutions across Europe and the US.

Nigeria is set to receive more such artefacts from The Netherlands, the UK and Germany.

The West African country says it will soon launch an international traveling exhibition with the artefacts ”in a manner that will win more friends and promote greater goodwill for Nigeria and the ethnic groups that produced [them]”.