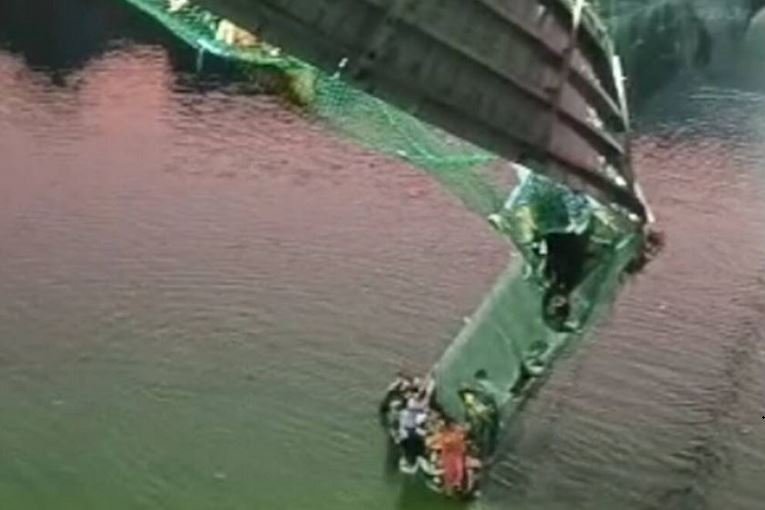 Hundreds of people fell into a river when a suspension bridge in India’s western Gujarat state collapsed on Sunday and a number of them have been hurt, officials said.

More than 400 people were on the bridge in the town of Morbi at the time and were plunged into the Machchu River, local TV channel Zee News said.

“People fell in the river and there are casualties. We don’t have the numbers yet. The rescue operations are going on,” Rahul Tripathi, a senior police official at the scene, told Reuters.

Footage broadcast by the TV channel showed dozens of people clinging onto the cables of the collapsed bridge as emergency teams sought to rescue them.

The 230-metre historic bridge was built during British rule in the 19th century.

It had been closed for renovation for six months and was reopened for the public last week.

Prime Minister Narendra Modi, who is in his home state Gujarat for a three-day visit, said he has directed the state chief minister to mobilise teams urgently for the rescue operation.