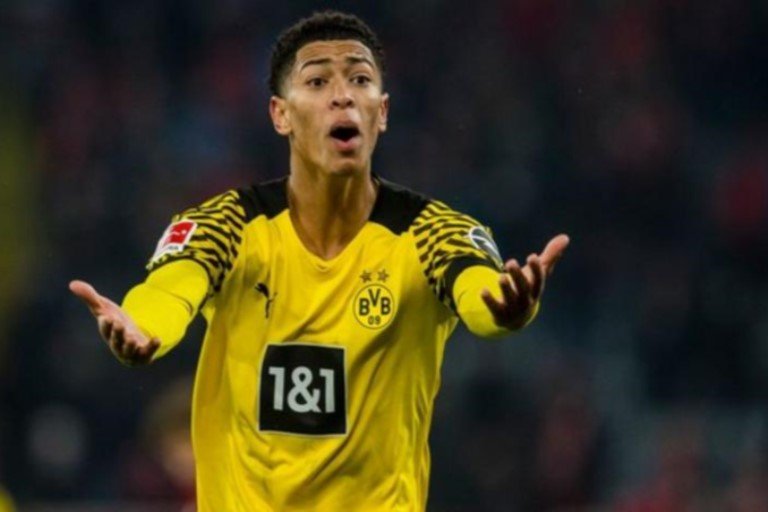 Real Madrid are in pole position to sign England midfielder Jude Bellingham, 19, from Borussia Dortmund next summer. (Fichajes – in Spanish)

Barcelona midfielder Frenkie de Jong, who was linked with a move to Manchester United in the summer, is intent on staying at the Nou Camp club and the 25-year-old Dutch international will not listen to any offers in January. (Sport – in Spanish)

Juventus want to bring in Serbia midfielder Sergej Milinkovic-Savic, 27, from Lazio and Italy centre-back Alessandro Bastoni, 23, from Inter Milan in order to convince Tottenham manager Antonio Conte to join them. (Calciomercato – in Italian)

Juventus vice president Pavel Nedved has played down any move for Conte by saying the Serie A club “have full faith” in manager Max Allegri. (DAZN – in Italian)

Tottenham are keen to offload Argentina midfielder Giovani lo Celso, who is on loan at Villarreal, and Spurs could accept an offer of £18m for the 26-year-old. (Football Insider)

Manchester United are interested in Bayer Leverkusen defender Jeremie Frimpong but could face competition from Chelsea for the 21-year-old Dutchman. (Football Transfers)

Nottingham Forest, Tottenham, West Ham and Marseille are ready to rekindle their interest in Atalanta and Ukraine midfielder Ruslan Malinovskyi, 29. (Calciomercato – in Italian)

Real Madrid are preparing to offer Spain midfielder Marco Asensio a new contract, with the 26-year-old’s current deal running out in the summer. (Marca – in Spanish)

Valencia striker Edinson Cavani, 35, went off injured with an ankle problem in the game against Barcelona on Saturday and Uruguay face a wait to find out the extent of the issue with the World Cup starting on 20 November. (Marca – in Spanish)