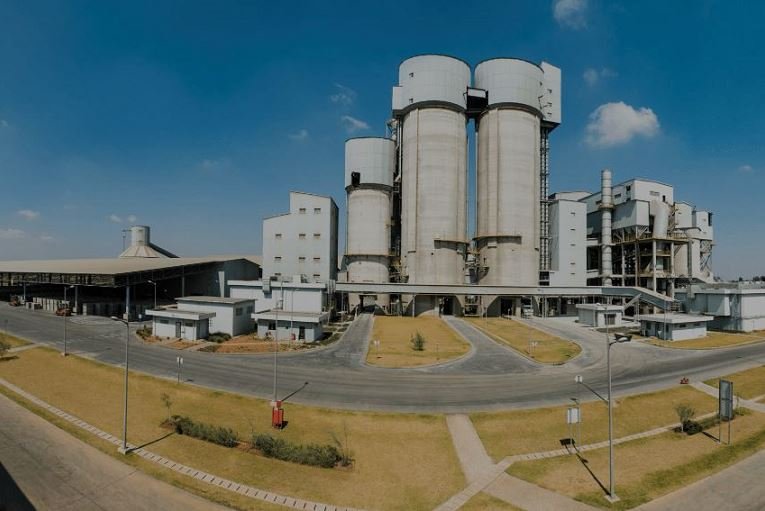 The Kogi State Government has advised Dangote Group to provide proof of ownership in the ongoing tussle over Obajana Cement Plant in the state.

The state government gave the advice in a statement signed by Kingsley Fanwo, the state’s Commissioner for Information and Communications on Monday.

Fanwo advised the Dangote Group and its image makers to focus on “proving its ‘total ownership’ of Obajana Cement Company rather than chasing shadows”.

He stated that the group’s latest attempt to malign the state government in its statement titled:, “Dangote not involved in Kogi Assembly Fire Outbreak”, was a desperate one, insisting that the state had a “well defined channel of communication that is known to the public”.

Fanwo said the current struggle over the ownership of Obajana Cement Company was not that of an individual but a collective agitation by indigenes of the state who had felt shortchanged for too long as regards the subject matter.

He stated: “We remain resolute in our position on the Obajana Cement Company and that remains the matter to be determined rather than any attempt to drag the state government into any mud fight.

“A few days ago, we released a credible intelligence to the public, of plans by Dangote Group to attack the state and officials of government.

“Among many other measures at stifling the voice of the Kogi government in the ongoing battle for the ownership of the Obajana Cement Company. A few days later, our legislative complex was razed by fire.

“In the official statement of the government of Kogi , we called on security agencies to thoroughly investigate the matter and make their findings public.

“We reiterate that anyone found to be involved in burning down the Kogi Assemby Complex will be prosecuted and made to face the test of justice,” Fanwo stated.

Fanwo noted that only the truth could resolve the ongoing ownership tussle, maintaining that the state would “not succumb to any psychological warfare”.

“We are aware of emails and deliberate harassment of the media to concoct unfounded stories around Kogi and Gov. Yahaya Bello.

“But this will do nothing to change the facts around the ownership of Obajana Cement Company, which the Kogi people, and indeed, Nigerians, are interested in,” the commissioner declared.

He pointed out that the struggle was about the good people of Kogi and also the integrity of the nation.

“It is a battle we need to fight for the generation-next Kogi people, while also setting a standard of transparent corporate governance.

“The present administration has created a conducive environment for investments and business growth.

“Many business entities have come into the state, to the benefit of our economy and the people and they have very good stories to tell. What we demand here is what belongs to the state,” Fanwo declared.

Meanwhile, the Dangote Group has disassociated itself from the fire outbreak at the Kogi State House of Assembly in the early hours of Monday.

The company refuted claims that it was responsible for the development in a statement signed by Mr Anthony Chiejina, Group Head Branding and Communications, Dangote Industries Ltd., on Monday in Lagos.

Chiejina said the company, as a socially responsible corporate entity, totally refuted this allegation and condemned “the unprofessional and irresponsible attempt to smear its image before local and international investors and thus erode its brand value.”

He said the the company would never stoop so low as to sponsor thugs to destroy any property, belonging to either government or any individual.

According to him, such action runs contrary to the group’s business ethos and everything the company stands for as a leading manufacturer with teeming customers and consumers across Nigeria and Africa.

“Our attention has been drawn to a circulating press statement issued by the Kogi State government, wherein the Dangote Group was accused of allegedly sponsoring arsonists to set the Kogi State House of Assembly on fire in the early hours of Monday, Oct. 10.

“The statement titled, ‘Obajana: Desperation sets in as imported hoodlums burn down Kogi Assembly,’ which was signed by the Kogi State Commissioner for Information and Communications, Kingsley Fanwo, pointedly accused our company of burning the Complex.

“…. in an attempt to possibly destroy evidence relating to the ownership tussle between the Kogi State Government and the Dangote Group over the Obajana Cement Company.

“We urge our stakeholders and the public to disregard such irresponsible and insane statements.”