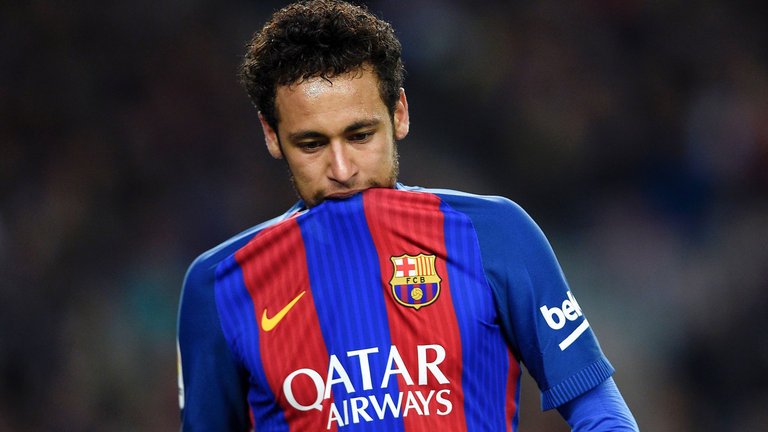 A Brazilian investment firm has called for Neymar to face a five-year prison sentence when he stands trial next week on fraud and corruption charges relating to his transfer to Barcelona from Santos in 2013.

DIS, which owned 40% of the rights to the Brazil forward at the time, argues it lost out because the transfer fee was undervalued.

Neymar, 30, has denied the allegations but lost an appeal in Spain’s High Court in 2017, leading to the trial being brought by Spanish prosecutors.

The Paris St-Germain player will have to appear in-person for the first day of the trail in Barcelona on Monday, the court said, but it is unclear if he will be asked to stay for the entire hearing that could last two weeks.

DIS acquired a percentage of Neymar’s rights when he was 17, in exchange for 2m euros.

Barcelona said at the time of Neymar’s move that the transfer fee was 57.1m euros, of which 40m euros was paid to his family.

The investment firm received a 40% share of the remaining 17.1m euros that was paid to Brazilian club Santos.

“Neymar’s rights have not been sold to the highest bidder,” DIS lawyer Paulo Nasser told a news conference in Barcelona on Thursday. “There were clubs that offered up to 60m euros.”

As well as the five-year jail term demand, DIS is also requesting prison sentences for Rosell and Bartomeu, and a 149m euros fine.

Spanish prosecutors want a two-year prison term for the PSG star and the payment of a 10m euros fine and a five-year jail term for Rosell, plus an 8.4m euros fine for Barcelona.