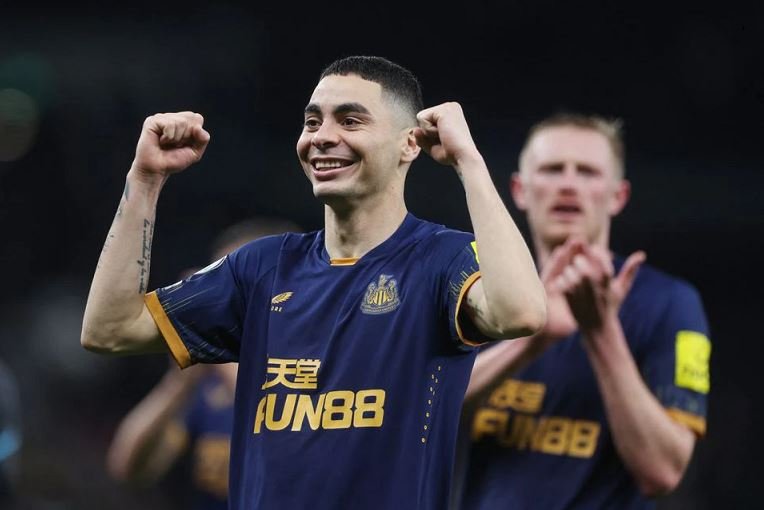 Newcastle United produced their biggest result of an already impressive season with a deserved 2-1 victory at Tottenham Hotspur to move into the Premier League’s top four on Sunday.

First-half goals by Callum Wilson and Miguel Almiron — both aided by mistakes from Spurs goalkeeper Hugo Lloris — put Newcastle in control after Tottenham had started brightly.

Wilson chipped the opener into an unguarded net after 31 minutes and Almiron scored from a tight angle in the 40th.

Harry Kane’s 10th league goal of the season early in the second half suggested third-placed Tottenham could mount a comeback but they huffed and puffed without much quality as Newcastle held firm to claim the three points.

Newcastle’s fans celebrated noisily as Eddie Howe’s side, who have lost only once in their opening 12 matches, moved into the Champions League places with 21 points.

Tottenham’s best start to a top-flight season since the 1963-64 campaign has now had a harsh reality check with back-to-back defeats. They stay third with 23 points from 12 games.

After being criticised for their negative performance in the 2-0 loss at Manchester United on Wednesday, Tottenham began brightly against a buoyant Newcastle.

No one more so than Son Heung-min who had two shots in the opening three minutes, the first saved by Nick Pope and the second a right-foot curler that brushed the roof of the net.

Son then tried to be over-delicate with a finish after being played through by Harry Kane, allowing Kieran Trippier to clear the ball off the line.

Tottenham’s Eric Dier created some jitters in the home side when he almost scored a comical own goal as his over-cooked back pass wrong-footed Lloris and went just wide.

Newcastle then took the game by the scruff of the net with two goals in 10 minutes — both of which Lloris will not enjoy watching the replays.

He seemed favourite to deal with a long ball when he came out of his goal but failed to clear it and collided with Wilson, who then chipped the ball into an unguarded net with Tottenham’s players furious.

While Wilson did appear to use his arm to knock Lloris down, a VAR check found nothing wrong.

Nine minutes later World Cup-winning keeper Lloris put Ryan Sessegnon under pressure with a casual pass out and Almiron muscled the Tottenham left back off the ball before advancing and slotting Newcastle’s second and his sixth of the season.

Tottenham left the field to boos at halftime and an electrical storm and a torrential downpour dampened home spirits even more — although some joyous Newcastle fans stripped to the waist and danced in the rain.

Antonio Conte’s side needed a quick response after the break and Kane obliged in the 54th minute, out-muscling Trippier to get on the end of a cross and score at the far post with a stooping header — the goal allowed after a lengthy VAR check for a possible offside as the ball came in.

But Tottenham struggled to open up Newcastle’s disciplined defence after that and could have no real complaints.