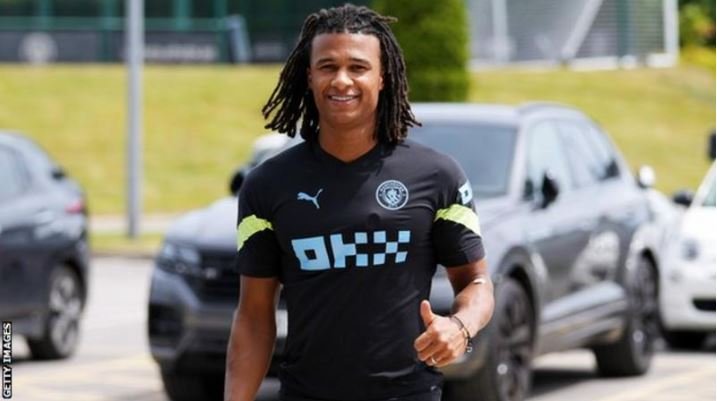 Manchester City have told a number of clubs, including Bayern Munich and Inter Milan, who have enquired about Netherlands defender Nathan Ake, 27, that they will not sell him in January. (90 Min)

AC Milan are preparing to open talks about a new deal with Portugal forward Rafael Leao and hope to agree terms before the World Cup starts in November. Chelsea have been linked with the 23-year-old and are following the situation closely. (La Gazzetta dello Sport via Football Italia)

AC Milan are interested in 26-year-old Chelsea and England midfielder Ruben Loftus-Cheek, whose contract runs until 2024. (Calciomercato – in Italian)

Chelsea are close to a deal to appoint Southampton’s head of senior recruitment Joe Shields as their director of recruitment. (Guardian)

Chelsea are interested in recruiting Stuart Webber as sporting director. He has been in the same role at Norwich since 2017 and has helped them to two Championship titles. (Sky Sports)

Real Madrid are not interested in signing 23-year-old France forward Kylian Mbappe from Paris St-Germain, despite reports that he is not happy there. (Marca)

The Glazer family are not interested in selling Manchester United but would consider it if an offer was made in excess of $10 billion (£902m). (Star)

Brentford have opened talks about a new contract with 26-year-old England striker Ivan Toney, who has been linked with Tottenham. (Football Insider)

Wolves are in advanced negotiations with former Olympiakos boss Pedro Martins, who recently failed to agree a deal to become Hull City manager, as the successor to Bruno Lage. (Maisfutebol – in Portuguese)

Chelsea and England right-back Reece James, 22, are hopeful that the knee injury he suffered is not too serious following an initial assessment. (Telegraph – subscription)