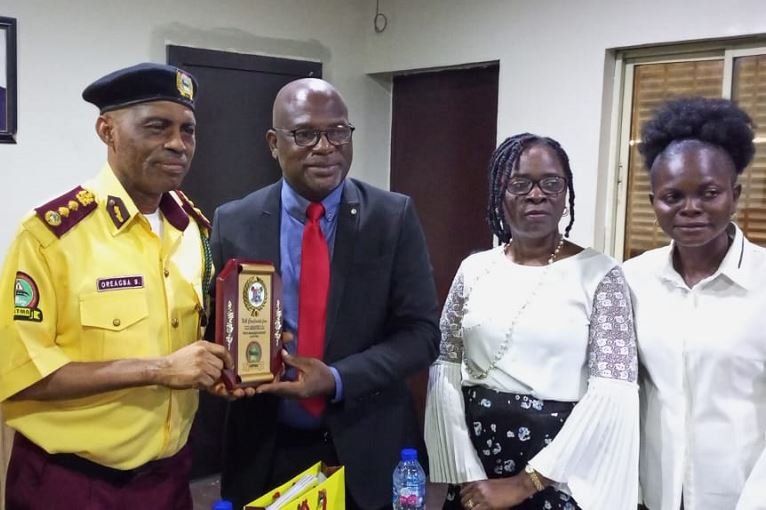 General Manager of LASTMA, Bolaji Oreagba disclosed this today during a courtesy visit by management staff of LAMATA to its Headquarters at Oshodi, Lagos

He stated that the enforcement of Traffic Laws on reckless BRT bus operators became imperative following a series of complaints from members of the public on the recalcitrant attitude of some of the drivers, particularly at major intersections across the metropolis.

His words: “It would no longer be business as usual for some of the BRT drivers who on a regular basis violate traffic rules and regulations without regard thereby causing avoidable traffic obstructions on major roads across the State”

“LAMATA as a management must as a matter of urgency engage experts on transportation management to train and retrain their operators (drivers) in order to checkmate their excesses”, he said.

Mr. Oreagba also appealed to motorists both private and commercial bus drivers to always adhere strictly to all traffic rules and regulations.

Earlier, the Director of Corporate Communication, LAMATA, Mr. Kolawole Ojelabi called for a synergy between LAMATA and LASTMA in traffic management and enforcement.

He assured that LASTMA personnel would henceforth be invited during their quarterly ‘Village Meeting’ to educate and enlighten BRT bus drivers on the rudiments of traffic laws and signs.

According to him: “We are aware of the recklessness of some of these drivers and on a regular basis we sack and blacklist them to prevent them from being employed by another bus service company”.

Mr. Ojelabi, however, declared that any bus operators caught violating any of the traffic laws and regulations must be held accountable in accordance with the Law.

In attendance at the meeting were LASTMA Comptrollers and management staff of LAMATA.