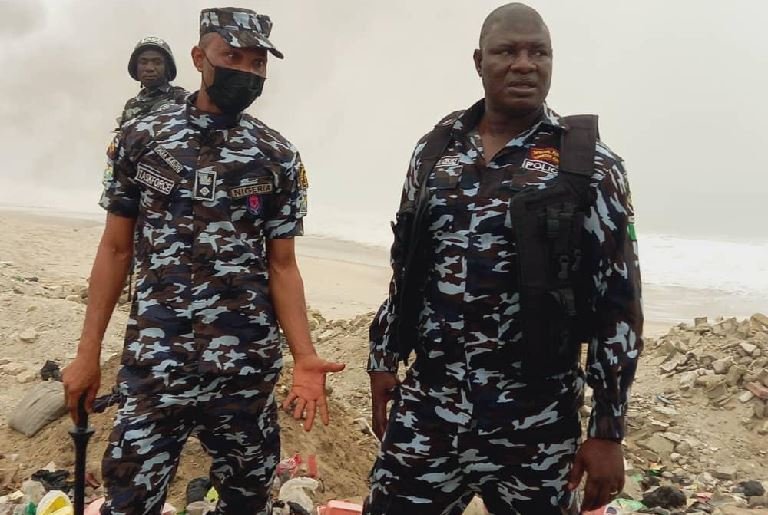 The Lagos State Police Command said that four murder cases were reported and recorded in the state in the last seven days.

Hundeyin said that four persons were arrested in connection with the cases.

He said one of the cases happened in the Elemoro area on Oct. 8, involving 28-year-old Patrick Kelvin, a member of the legion, who allegedly stabbed an unknown man to death.

Hundeyin said that the suspect was a security guard at a filling station located at Gulf bus stop, Ibeju-Lekki, Lagos.

He said that the incident happened during an altercation between the suspect and the deceased over the alleged damaged station’s fuel iron guard by the deceased.

Hundeyin said that detectives from the Elemoro division visited the scene and photographed the incident. He said the corpse of the victim had been evacuated to Epe General Hospital mortuary for autopsy.

He said that the suspect had been detained while the investigation is ongoing.

The PPRO said another murder case was recorded on Oct.10 in the Ajah area involving 35-year-old Isaac Akpan, who allegedly stabbed his neighbour, one Godwin Otto, to death during a fight.

Hundeyin said a group of people brought the suspect to the Ajah Police division to make the report. He said the scene was visited by detectives from Ajah who removed the corpse to the Infectious Disease Hospital (IDH) Mortuary at Yaba for autopsy, while the investigation is ongoing.

The spokesman, however, commended the people that brought the suspect to the police without taking the law into their hands.

Hundeyin said on Oct. 9, the Isokoko Police division got a report at about 5.30 p.m. from a woman, who claimed that her five-year-old son was missing since Oct. 8.

He said that while the woman was making her complaint, an angry mob pursued one Elikana Lawrence to the station with the intent to lynch him.

The PPRO said that the suspect was alleged to have killed a minor in his room in the Isokoko area.

“The suspect was rescued by the men on duty and detained based on the report.

A team of detectives visited and photographed the scene. The corpse of the missing boy was found in a canal with the throat lacerated. The suspect confessed to the act.

“The corpse has been evacuated and deposited at IDH Mortuary Yaba for autopsy,” he said.

The spokesman said that the last murder case was received by the Divisional Police Officer at Ikoyi on Tuesday at about 11.00 a.m.

He said that someone brought a 25-year-old Desmond Gyudu, a security guard with a private security company attached to a house in Ikoyi.

Hundeyin said that the report revealed that on Oct. 10, at about 11.30 p.m., the said suspect allegedly punched one Hakeem Nuhu, a 26-year-old motor boy of a water truck on his face during an altercation.

He said that as a result, the victim became unconscious and was rushed to the police hospital, Falomo, where he later died on Oct. 11 at about 7.30 a.m.

“Based on the report, a team of detectives visited the scene. The corpse was also inspected and photographed at the hospital. The corpse was evacuated and deposited at the Federal Medical Centre morgue Ebute-Metta for autopsy.

“Meanwhile, the suspect has been taken into custody and an investigation is in progress,” he said.