How Charles Onwuemelie aka ‘Blue Cloth Bandit' was caught
Advertisement 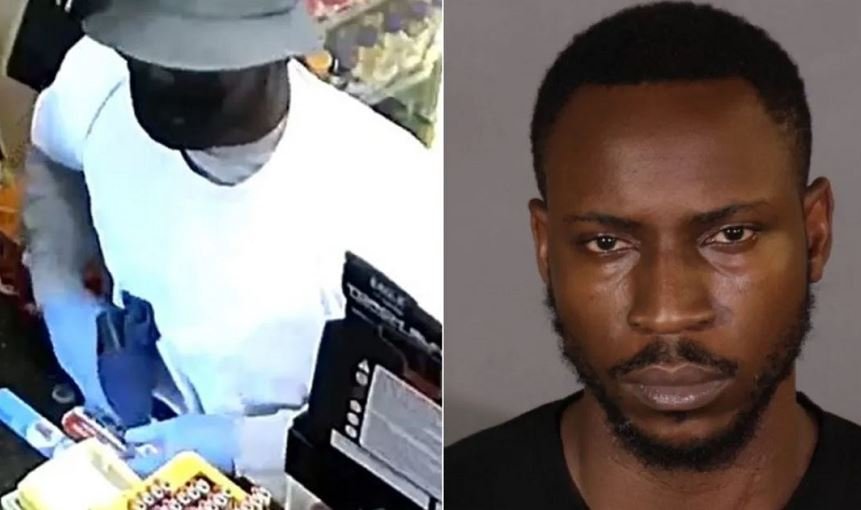 The Los Angeles Police Department has revealed how Charles Chukwuma Onwuemelie, dubbed the ‘Blue Cloth Bandit’ was arrested at his California home on Wednesday, September 28, 2022.

Onwuemelie, a Nigerian has been charged with 16 counts of robbery by the department’s Robbery-Homicide Division (RHD).

In a press statement, the LAPD said: “The suspect would conceal himself by wearing different hats, a face mask, and rubber gloves.

“The same vehicle was used in many of the robberies, and the same suspect was linked to the robberies based on several factors.”

Onwuemelie was accused of carrying out no less than 68 armed robberies between October 2021 and September 2022.

Asides the 16-count charge of robbery, additional charges are expected to be filed by the Los Angeles Sheriff’s Department for robberies that took place throughout the county.

The LAPD said that investigators on the case attributed all 68 robberies to the same suspect and that they occurred throughout Los Angeles County and the City of Los Angeles.

Onwuemelie was reportedly caught in surveillance footage revealing his firearm wrapped in a blue cloth at the cash counter. The video, released by the LAPD, also shows him covering his face with a hat while he’s wearing blue gloves.

Since he would hide his weapon in a blue cloth in most of the robberies, he was dubbed the ‘Blue Cloth Bandit.’ His robberies usually took place at gas stations, 7-11s and local Walmarts.

Onwuemelie’s habit of wrapping his weapon in a blue cloth during his robberies did not only earn him the moniker ‘Blue Cloth Bandit’ but also led to his arrest.

Over the past year, he allegedly pulled off over 60 armed robberies, and it was only after certain connections were made that the LAPD considered him to be a suspect.

On September 23, the Blue Cloth Bandit made his last robbery attempt. It was then that detectives “formulated” a plan, began surveillance, and served a search and arrest warrant successfully. The LAPD arrested Onwuemelie at his house in Quartz Hill.

Police also found several firearms at the residence that linked him to the numerous LA robberies.

As of now, authorities have asked anyone with further information on Charles to contact Detective Esther Myape at (213) 486-6840, or call Crime Stoppers at 800-222-TIPS.

With reports from SK Pop