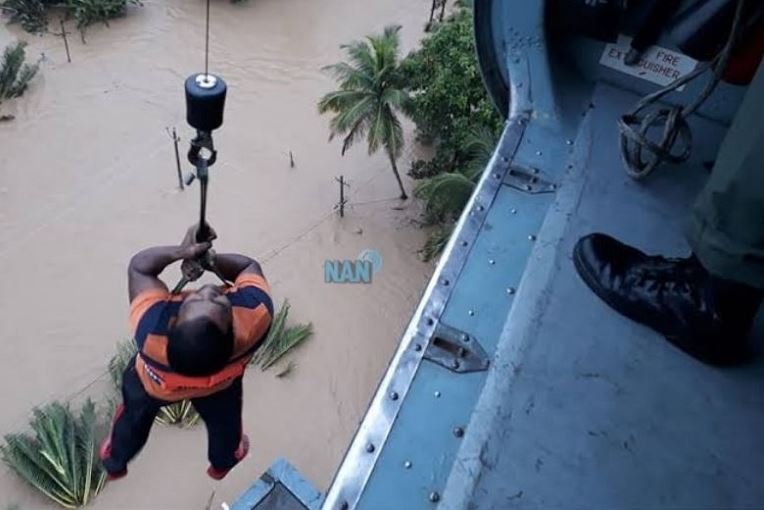 The Kano State Emergency Management Agency (SEMA) has confirmed that 23 persons lost their lives to flooding and windstorm in 25 local government areas of the state.

Executive Secretary of the agency, Dr. Saleh Jili disclosed this at an event to mark the 2022 International Day for Disaster Risk Reduction (IDDRR) in Kano on Friday.

The theme of the Day is “IDDRR Early Warning and Early Action for all # Only Together”.

He said the day was to celebrate those working to save lives, restore hope, build resilience and give them sense of belonging after suffering devastations caused by the disasters.

Jili said the disaster also displaced 20,399 persons, 100 others injured, destroyed 15,000 farmlands and property worth over N2.1 billion in the affected communities from April to date.

According to him, the state government has adopted proactive mechanisms to mitigate risk and disaster across the state.

Governor Abdullahi Ganduje reiterated commitment to the protection of lives and property of the people in the state.

Represented by the Commissioner for Environment, Dr Kabiru Getso, Ganduje said the Day would create awareness on the dangers of disasters and how at risk communities could avert it.

“Disaster management include prevention, mitigation, preparedness, response and recovery as well as supporting the victims to survive,” he said.

He urged the people to desist from indiscriminate dumping of waste on drains, clear blocked water ways, adhere to building codes and environmental regulations.

Surety slumps during interrogation in court