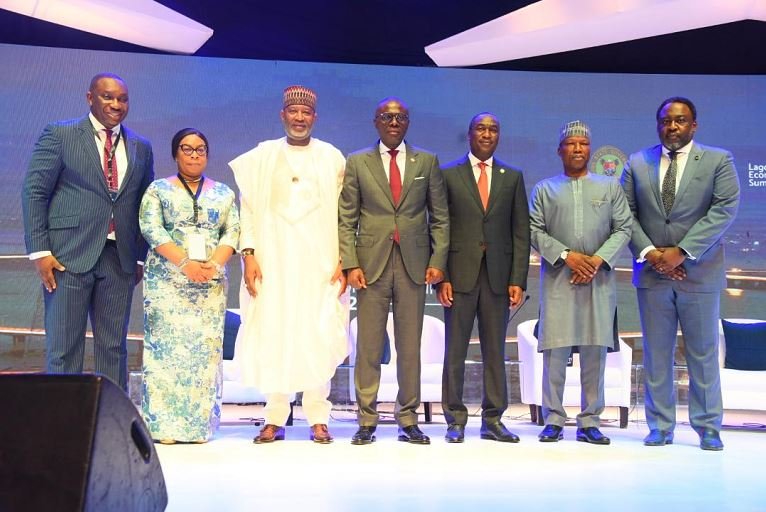 The federal government has issued an approval letter to the Lagos state government on the proposed Lekki-Epe cargoes and passengers airport, Lagos.

The Lekki-Epe airport, when completed, is expected to cater for about 5m air-traveling passengers around the Lekki, Ajah, and Epe axis of Lagos state annually.

While officially handing over the approval letter for the development of the Lekki-Epe airport to the Lagos state governor, Babajide Sanwo-Olu yesterday at the opening ceremony of the 2022 edition of the Lagos Economic Summit tagged Ehingbeti in Victoria Island, Lagos, the Aviation minister, Hadi Abubakar Sirika, said, the state is qualified to embark on the project, looking at the cosmopolitan nature of Lagos.

The proposed Lekki-Epe airport, he said, is crucial, especially as the state embarked on its 30-year Development Plan to make the state the model mega city in Africa and one of the best in the world, adding that “the airport would be effective to link Lagos with Africa and the rest of the world, through the aviation industry. The Lekki airport is the right step in the right direction.”

To him, “aviation has the uniqueness to link markets and opportunities, which Lagos can offer.”

Giving her welcome Address earlier at the event, the co-chair of Ehingbeti 2022, Mary Iwelumo, said, the Ehingbeti is an important platform for private and public sector stakeholders in Lagos State to engage around the State developmental agenda as it continues to be an invaluable tool for moulding the growth ambition of Lagos, having birthed several landmark projects in the state.

Stating that the focus of this year’s edition of Ehingbeti is “building and achieving consensus on the path to sustainable socio-economic development of Lagos State”.

Iwelumo, who is also a Partner at PwC Nigeria, said, “the economic summit group intends to introduce and officially launch the Lagos State Development Plan(LSDP 2052) – a holistic plan that clearly articulates initiatives that will guide the State’s ambition of becoming Africa’s Model Mega City, a Global, Economic and Financial Hub that is Safe, Secure, Functional and Prosperous”.

“With the growing youthful and vibrant population, there is no slowing Lagos down. Case in point, this year, based on the number and quality of start-ups, the Global Start-up Ecosystem index ranked Lagos as 81 of the top 1,000 startup cities, reflecting a +41 shift from its position in 2021.

“This is a substantial milestone as it is the first year that an African city (Lagos) made the global top 100 list. This is just one of many milestones recorded in Lagos. These successes will result in the migration of more people into the State. As Lagosians, we must be ready for this influx,” she pointed out.

The LSDP 2052- a plan for Lagosians by Lagosians, she said, is expected to play an integral part in galvanizing the vibrancy of Lagosians and sustaining the State’s growth trajectory for the next 30 years.

Similarly, the Commissioner for Economic Planning & Budget, Lagos State, Mr. Sam Egube, said Lagos is not progressing by luck or accident, it is evolving through the rigour of conversations and exchanges of ideas coming from platforms like Ehingbeti and the commitment of successive governments, who are determined to execute of resolutions reached Ehingbeti.

“It is for this reason that we say in Lagos and argue everywhere we go that for the benefits of national growth, and nation building, Lagos should not be treated as just a state, but be accorded special status as a national asset. Lagos continues to lead the Nation in demonstrating what her future can be and indeed take her into the continent as we pursue the objective of the African Continental Free Trade Agreement.

“As long as the earth remains, we will continue to have challenges that have not been resolved yet alongside victories over challenges that are being achieved. Indeed, the plane will take off and fly despite the presence of gravity. Also, Investment decisions are taken due to observed opportunities and observed progress. That is the spirit of Lagos, that is the spirit of Ehingbeti,” he stressed.

The governor, of Lagos State, Mr. Babajide Sanwo-Olu, had earlier said that “around the world, cities are facing a combination of threats and opportunities that are amplified for globalization, technology, climate change, and even global pandemics like Covid-19”

“These threats and opportunities”, he said, “are often intertwined, meaning that, for example, climate change represents both a challenge to lives and livelihoods as well opportunities for innovation and reinvention”

Promising that the state is committed to planning and strategizing, not just for today, but for tomorrow as well, he believes that, the future of Lagos is in our own hands, assuring that the 30-year development plan is in the right direction in its continued march towards global governance and excellence.

“Without implementation, even the best of plans are of no use to anyone. After putting in the work to craft and articulate the plans, we must proceed to put in the hard work required to implement them, regardless of the difficulties and obstacles that will be forced. There are no impactful decisions that will be made without some measure of pain and sacrifice.

“This is where dedicated leadership is required. As a State government, we will provide the required leadership to move from plan to action, and to transform Lagos from a megacity to a model megacity,” he pointed out.

Looking forward, he said, Lagos State will continue to achieve its potential, which will be built on resilience, its rich heritage of culture, innovation, entrepreneurship, and most importantly, its people.