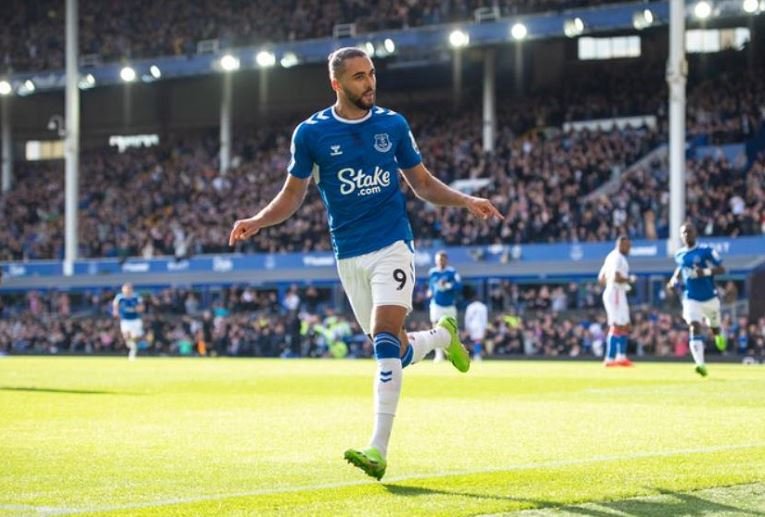 Everton ended a run of three successive defeats with an impressive victory over Crystal Palace at Goodison Park.

Striker Dominic Calvert-Lewin put the hosts ahead after 11 minutes when he slotted into the far corner after a brilliant turn inside the box.

Anthony Gordon tapped in a rebound to make it 2-0 after the break – although it was initially ruled out for offside before being rightly overturned by VAR – and substitute Dwight McNeil added a third late on.

Frank Lampard’s hosts started strongly and had plenty of chances throughout, while Palace came close in the second half through Michael Olise.

Palace, who have come from behind in all three of their Premier League victories this season, never really got a strong foothold on the game despite improving slightly in the second half.

Everton were impressive, causing plenty of problems in attack and showing the type of ruthlessness Lampard has called for in recent weeks.

Victory moves the Blues up to 11th place, level on 13 points with Palace, who drop to 12th.

It was also another positive step for Lampard as he continues the rebuild following Everton’s near-relegation last season – avoided with a 3-2 victory over Palace in May.

Lampard called for his side to show more “bravery” and have more of a “clinical edge” in the box in his pre-match programme notes.

They were quick to put their stamp on things, pressing high and intensely, forcing Palace into mistakes at the back and pushing them deep into their own half.

Amadou Onana was particularly impressive in midfield, breaking up play and switching possession effectively, while Gordon was busy down the right-hand side throughout.

It was that side of the pitch that Everton’s opener came from when Calvert-Lewin put pressure on Luka Milivojevic.

The Palace skipper lost possession and when Alex Iwobi fizzed it into Calvert-Lewin’s feet, he did the rest with a slick turn to beat Marc Guehi and capped it off with a composed finish in front of watching England boss Gareth Southgate.

Calvert-Lewin’s cool opener was just the kind of impact Lampard had hoped for and he was given a standing ovation when he came off later in the second half.

Everton were in control throughout despite being frustrated on occasions and the third goal capped off an impressive performance – Iwobi’s backheel setting up substitute McNeil to fire in from close range.

Palace were second-best for much of the game, though they did grow into it slightly in the second half and saw more of the ball.

Everton’s Idrissa Gueye was at fault for losing possession on a couple of occasions but Wilfried Zaha and Eberechi Eze were unable to capitalise.

The visitors’ best chance fell to Olise when he was picked out at the near post by Jordan Ayew but his flick was deflected inches over the bar.

Olise and Zaha tested Everton’s defence but they held firm, while Joachim Andersen had his hands full at the other end dealing with Calvert-Lewin’s smart runs in behind.

Palace were physical too but again Everton stood up to the challenge, even when emotions spilled over following a heavy challenge from Zaha on Gordon which warranted a yellow card.

It was a frustrating afternoon for Patrick Vieira’s side, who had gone three games unbeaten before heading to Goodison Park, but they lacked the quality and composure needed in Merseyside.