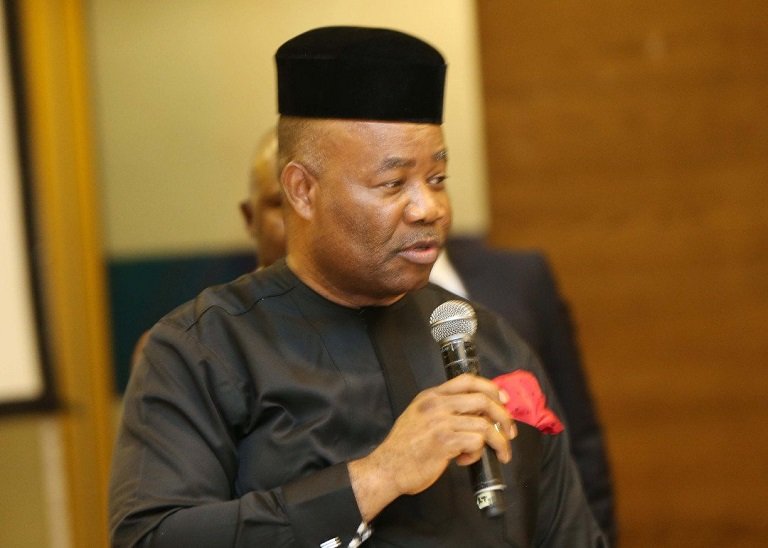 Former Minister of Petroleum Chief Don Etiebet has urged Senator Godswill Akpabio to withdraw from the senate race or face defeat at the polls in 2023.

Etiebet, a chieftain of the All Progressives Congress (APC), the same party as Akpabio gave his verdict over the weekend while speaking with journalists.

He noted that the defeat that awaits the former Niger Delta minister will be more disgraceful than the one he suffered in 2019.

Etiebet stressed that it was the turn of Abak 5 federal constituency not Ikot Ekpene federal, where Akpabio hails from, to occupy the Akwa Ibom North West senatorial district seat.

He asked Akpabio to tow the path of honour by stepping down from the senatorial race for DIG Udom Ekpoudom (retd) to fly the APC Senatorial flag for Akwa Ibom North West in next year’s election.

“And that this time around the Abak/Etim Ekpo/Ika Federal Constituency which has not gone to the senate since 1960 should be given the ticket,’ he said.

Etiebet argued that even the Peoples Democratic Party(PDP) has agreed that Abak 5 should produce the next senator for the district.

“It is therefore natural justice that Godswill Akpabio who has even gone to the Senate once should step down for DIG Ekpoudom (retd.),” he stressed.