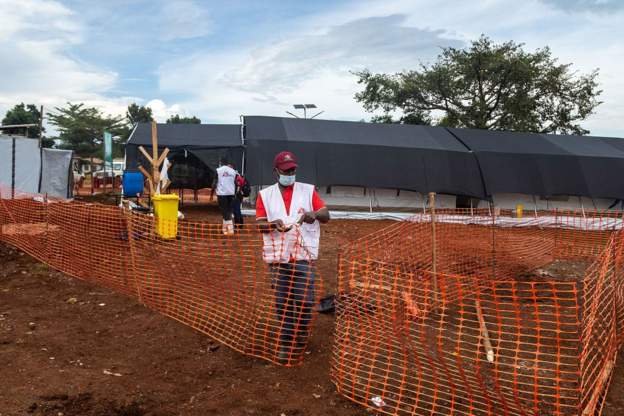 So far, 44 cases have been reported and 10 people have died from Ebola in Uganda

Researchers in Uganda say the Ebola virus circulating in the country has mutated.

Prof Pontiano Kaleebu of the Uganda Virus Research Institute says there is however no evidence that it is any more transmissible than the original strain.

They analysed samples from the first known case to be tested during the current outbreak which has now spread to five districts in Central Uganda.

So far, 44 cases have been reported and 10 people have died from the disease.

Researchers tracking its spread say the genetic makeup of the virus looks similar to one responsible for another outbreak over a decade ago in the same region.

One person died at the time.

Studies done in neighbouring Democratic Republic of Congo show that repeat outbreaks can occur, but not more than two years after the first one has been declared over.

Scientists thus believe this outbreak may have been introduced to humans by an animal.

They are now racing against time to find the first person to have contracted the disease – the index case – or their direct contact.

That would help response teams to better understand how the outbreak started.