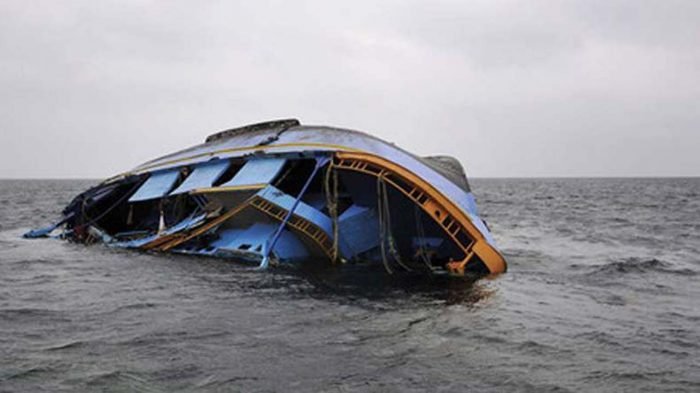 The sailor of a capsized boat in Ogbaru, Anambra state, Desmond Amugo, says he had 48 passengers on board and not 85 passengers as being reported.

Amugo made the assertion on Sunday at Atani, headquarters of Ogbaru Local Government Area while briefing government officials on the circumstances that led to the accident on Friday.

Nine passengers were saved, while 20 corpses have been recovered so far from the accident. 10 of the corpses were recovered on Sunday.

The driver said majority of the passengers he had on board were women and children trying to escape their flooded communities.

Amaugo explained that he sailed into a heavy wave which affected the smooth operation of the boat and resulted in it hitting one of the pillars supporting the Umunnakwe/Ossomala Bridge.

He said his spirited efforts to manoeuvre away from danger were unsuccessful as he lost control of the boat before it capsized.

The driver also said some of the women had besieged his house very early on Friday and persuaded him to ferry them to Ogbakuba, another location that was not submerged by flood.

Family members who identified some of the corpses were lamenting their losses.

One of them, Mr Bernard Achonu said he lost his wife and three children aged between two and six years.

“My wife and the children were moving to a safe place because our house was already submerged,” he said.

He said that only nine persons survived the boat accident even as about 20 corpses have been recovered so far.

“When this kind of accident occurs, it usually take little time before the dead bodies start to float; we hope that once that happens, all the remaining bodies will be recovered,’’ he said.

Chief Peter Okala, a resident told NAN that many buildings in the area were already submerged.

“As I speak with you, many buildings in Odekpe are covered by water including my house, the worship place and many other structures.

“The ground floors of most of the buildings are already covered by water and several people are passing through harrowing experiences.

“Let Gov. Chukwuma Soludo and the relevant Federal Government agencies come to our help because with more rains, the situation will deteriorate,’’ he said.