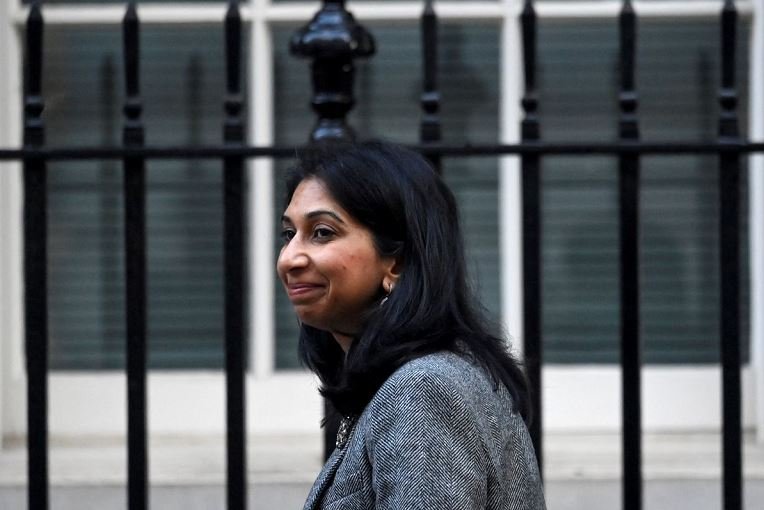 Britain’s Suella Braverman quit as interior minister on Wednesday, saying she had to go after she breached government rules but that she had concerns over the direction of Prime Minister Liz Truss’s government.

The second senior minister to leave the government in less than a week, Braverman’s departure heaps yet more pressure on Truss as she fights to stay in power just over six weeks after she entered Downing Street.

“I have made a mistake, I accept responsibility; I resign,” Braverman said in letter to Truss posted on Twitter.

My letter to the Prime Minister. pic.twitter.com/TaWO1PMOF2

She said she had sent an official document from her personal email to a parliamentary colleague, adding that this marked “a technical infringement of the rules” and that it was therefore “right for me to go”.

Truss, who became prime minister on Sept. 6, initially installed a cabinet of senior ministers who were loyal to her libertarian wing of the Conservative Party.

But the launch of a now-scrapped economic programme forced her to fire her finance minister Kwasi Kwarteng and appoint Jeremy Hunt as his replacement. Hunt had backed Truss’s rival for the leadership, Rishi Sunak.

Braverman, who also ran for the leadership of the party before throwing her support behind Truss, had been a deeply polarising figure during her short tenure.

She told the party’s annual conference earlier this month that it was her “dream” to see a flight leaving Britain carrying asylum seekers to Rwanda.

“It is obvious to everyone that we are going through a tumultuous time,” she said in the letter to the Prime Minister.