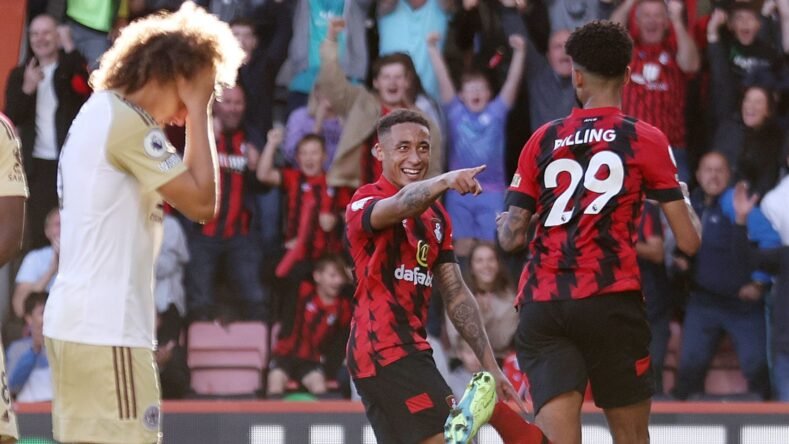 Bournemouth scored two second-half goals in the space of four minutes through Philip Billing and Ryan Christie to complete a thrilling 2-1 comeback win over Leicester City.

Christie had earlier wasted a golden chance for Bournemouth, who were being watched from the stands by prospective new American owner Bill Foley, but Billing hauled the hosts level before Christie latched onto Dominic Solanke’s cushioned header to complete the turnaround.

The result means Bournemouth rise to eighth in the Premier League on 12 points while Leicester remain rooted in 19th position after a fifth consecutive away league defeat of the season.

When asked if he felt under pressure, Brendan Rodgers said: “It’s not about pressure. I know if you’re in the bottom three, there will always be pressure – I understand that. For me though, it’s about focusing on the process of getting the results. Ultimately we lost this game but we’ve got two home games and we really need to focus on them.”

Bournemouth have now won each of their last three home league games against Leicester City, while it’s the first time they’ve recorded consecutive league victories over the Foxes since March 1989 (run of three).

Bournemouth played their 100th Premier League game at home, with each of the last two sides reaching the milestone winning their 100th, following no wins in the previous seven (D3 L4).

Leicester’s defeat to Bournemouth was their 250th in the competition, while this season no side has dropped more points from winning positions than the Foxes (14).

Patson Daka’s goal for Leicester was the 350th the Cherries have conceded in the Premier League in what is their 199th game, the quickest any side has conceded that many goals in the competition’s history.