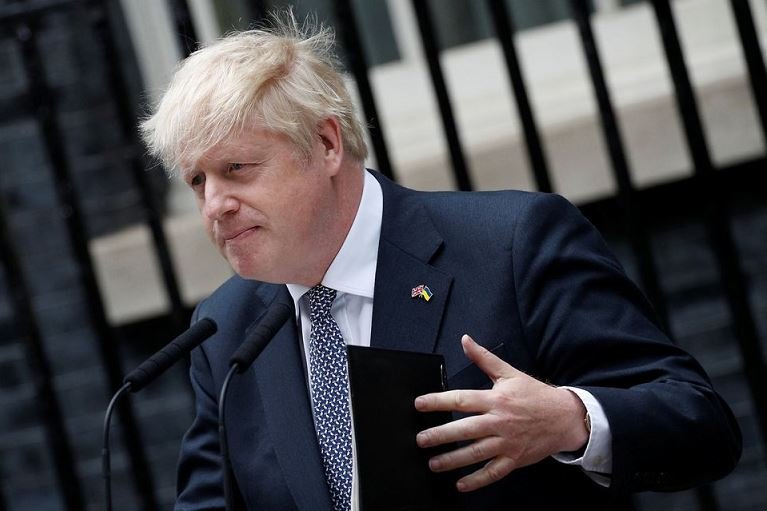 Truss quit on Thursday after six weeks in power. Those who want to replace her must secure 100 votes from Conservative lawmakers by Monday to run in a contest which the party hopes will reset its ailing fortunes.

With opinion polls suggesting the Conservatives would be all but wiped out if a national election were held now, the race is on to become the fifth British premier in six years.

The winner will be announced on Monday or next Friday.

In what would be an extraordinary comeback, Johnson, who was ousted by his lawmakers in July but remains popular with party members, was being touted alongside Sunak as a likely candidate.

“He can turn it around again. And I’m sure my colleagues hear that message loud and clear,” Conservative lawmaker Paul Bristow told LBC radio. “Boris Johnson can win the next general election.”

But Johnson, who left office comparing himself to a Roman dictator twice brought into power to fight crises, might not reach the 100 vote threshold after his three-year premiership was blighted by scandals and allegations of misconduct.

The Financial Times said a Boris Johnson comeback would be “farcical”.

One of his former advisers, who no longer speaks to Johnson and requested not to be identified, said he was unlikely to reach the target, having alienated dozens of Conservative lawmakers.

Will Walden, who also once worked for Johnson, said the former leader was returning from holiday and taking soundings.

Sunak, the former Goldman Sachs analyst who became finance minister just as the COVID-19 pandemic arrived in Europe and was runner-up to Truss in the summer’s leadership contest, is the favourite with bookmakers, followed by Johnson.

Third-placed is Penny Mordaunt, a former defence minister popular with party members who came third last time. None have formally declared their candidacy.

UN expresses worry over impact of flooding in Nigeria