Boris Johnson back in UK for PM race
Advertisement 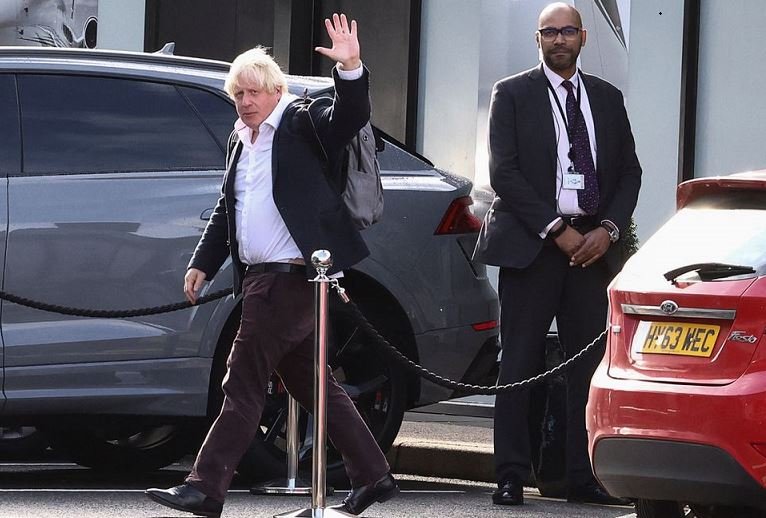 Boris Johnson arrived back in Britain on Saturday as he considers an audacious attempt to win a second term as prime minister only weeks after he was forced to step down, with some colleagues warning his comeback could create more political chaos.

The potential candidates to replace Prime Minister Liz Truss, who dramatically quit on Thursday after only six weeks in power, were embarking on a frantic weekend of lobbying to secure enough nominations to enter the leadership contest before Monday’s deadline.

Boris Johnson, who was on holiday in the Caribbean when Truss resigned, has not commented publicly about a bid for his old job. He has received the support of dozens of Conservative lawmakers, but needs to secure 100 nominations to be considered.

The trade minister James Duddridge said on Friday Johnson had told him he was “up for it”.

Boris Johnson was booed by some passengers on the plane to Britain, according to a Sky News reporter on the flight which arrived in London on Saturday morning.

Wearing a dark jacket and backpack, Johnson waved to photographers at the capital’s Gatwick Airport before driving away.

It would be an extraordinary political resurrection for the former journalist and ex-Mayor of London, who left Downing Street shrouded in scandal but grumbling that his colleagues “changed the rules halfway through” a race – a swipe at the Conservative lawmakers who did not allow him to serve a full term.

Former defence minister Penny Mordaunt became the first candidate to officially declare an intention to run to be the next leader of the Conservative Party, but Johnson and Rishi Sunak, once his finance minister, led potential contenders ahead of voting next week.

Sunak, who was runner-up to Truss in the previous leadership contest and has yet to formally declare his candidacy this time, did not speak to reporters when leaving his London home on Saturday.

The prospect of the return of Boris Johnson to government is a polarising issue for many in the Conservative Party, which is deeply divided after seeing off four prime ministers in six years.

For some Conservative lawmakers, Johnson is a vote-winner, able to appeal across the country not only with his celebrity but also with his brand of energetic optimism.

For others he is a toxic figure and the question is whether he can convince the dozens of lawmakers who abandoned him that he is now the person who can unite the party and turn around its flagging fortunes.

VIDEO: You don’t know what happened in 2017, Suleman tells attackers