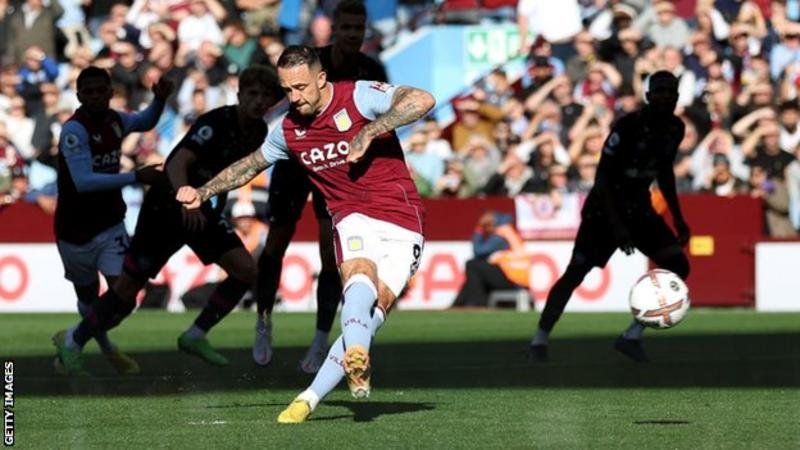 Aston Villa made the perfect start to life after Steven Gerrard as they beat Brentford at a buoyant Villa Park to record only their third win of the season.

And Danks enjoyed an incredible debut in the dugout as Aston Villa found themselves 3-0 up inside 15 minutes.

Leon Bailey got the ball rolling when he swept in from Douglas Luiz’s pass following a smart corner routine in the second minute.

Danny Ings made it 2-0 five minutes later when he stabbed in from Bailey’s cross before the striker got his second of the game in the 14th minute, converting a penalty after Tyrone Mings had been fouled.

Brentford rarely looked capable of providing a response, with their best chance of the first half an Ethan Pinnock goal-bound volley that was blocked by his team-mate, summing up the Bees’ fortunes.

Instead, the visitors were reliant on David Raya preventing Aston Villa from adding further goals before half-time as he kept out efforts from Matty Cash and Luiz.

Brentford were marginally better after the break but could not prevent ex-Bees striker Ollie Watkins adding a fourth when he finished from close range after his initial shot had been pushed on to the post.

The win moved Villa up to 14th in the Premier League, three points above the bottom three. Brentford, meanwhile, are 10th on 14 points.

This was an unbelievable display by a Aston Villa team who had been struggling to score goals under Gerrard but, seemingly with the shackles off, they let loose on a stunned Brentford side.

Before Sunday, Villa were the joint-second lowest goalscorers in the Premier League this season with seven, but in just 14 minutes they scored as many goals as they managed in 409 minutes under Gerrard.

Their build-up play was fast and incisive, with Brentford struggling to close down the spaces and they could have won by an even bigger margin with both Luiz and Emi Buendia not far off with shots from distance.

Danks, who had been assistant to Dean Smith prior to Gerrard’s arrival, had also made a brave call before kick-off by benching captain John McGinn. His bold leadership may be just what Aston Villa need – certainly in the short term – as they look to climb the table quickly.

Bees stung as away struggles continue

Sunday’s defeat was a completely unexpected result for Brentford, especially coming just four days after a fine display against Chelsea.

This was probably one of the visitors’ worst performances since they were promoted to the Premier League, with Thomas Frank’s side largely limited to chasing shadows – particularly in the first half.

Alarm bells won’t really be ringing after this loss, which was more likely a consequence of a Aston Villa response to Gerrard’s departure coupled with an off day for Brentford, who are sitting pretty comfortably in 10th place.

However, Brentford are still without an away win this season and that will be of more concern for Frank than this performance in isolation.