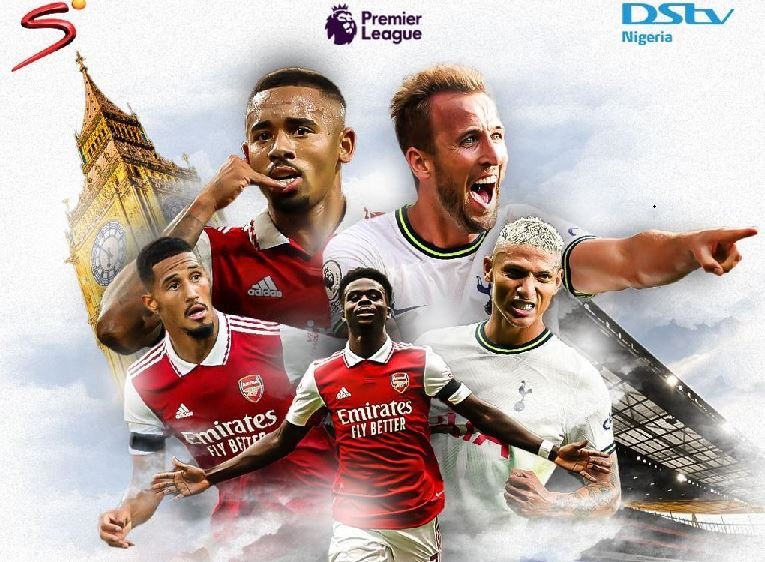 Thrilling matches from the 2022/23 season of the English Premier League, La Liga and Serie A will be broadcast live on SuperSport for DStv and GOtv customers this weekend.

The Premier League will begin with a North London derby between arch-rivals Arsenal and Tottenham on Saturday. Arsenal received positive news on Kieran Tierney’s fitness after he suffered a concussion while on duty for Scotland during the international break, but they are sweating over Thomas Partey, Oleksandr Zinchenko and Takehiro Tomiyasu’s fitness.

Antonio Conte’s Tottenham are currently third in the league, having won five out of their seven matches and they are the second highest scorers in the league. But, they will have to be on their best game to win the derby clash that is yet to record an away victory since 2014. The match will be broadcast on Saturday at 12:15pm on SuperSport Premier League (DStv channel 203).

Also on Saturday, Liverpool will play host to Brighton & Hove Albion. While Liverpool has struggled this season, the Seagulls began their campaign impressively and picked up thirteen points from their last six outings. But, they will begin a new era at Anfield under Roberto De Zerbi this weekend after their former manager Graham Potter moved to Chelsea.

Jurgen Klopp’s men will be hoping to outplay Brighton when the match goes live on Saturday at 2:45pm on GO Football and SuperSport Premier League (GOtv channel 31 and DStv channel 203).

On Sunday, Manchester City will host Manchester United. The Red Devils were on a four game winning streak before the international break and they would hope to maintain their run when they visit the Etihad Stadium on Sunday. The match will be broadcast on SuperSport Premier League (DStv channel 203) at 1:50pm.

In the Italian league, Saturday evening will see two giants, Inter Milan and Roma battle each other for maximum points at the San Siro. The game will be aired live on GO Select 1 and SuperSport Variety 3 (GOtv channel 33 and channel 208) at 4:50pm.

To enjoy the new football season, customers can download the MyDStv and GOtv apps to subscribe or upgrade or set up Auto-Renewal to stay connected without interruptions.