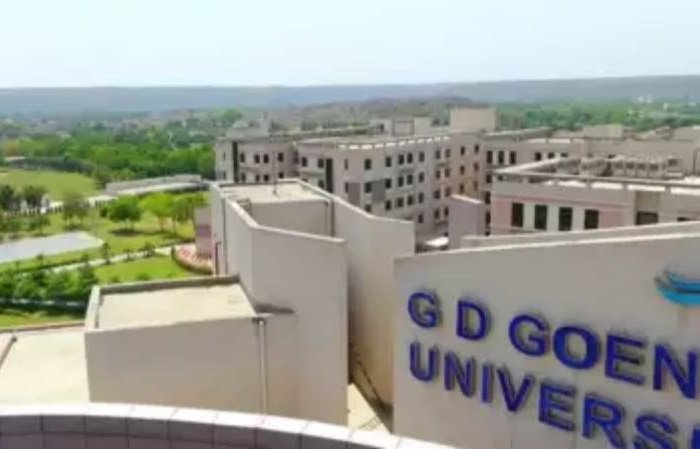 Sixty Nigerian students of a private university in India have fled the campus after they were beaten and abused on the football field and in their hostel.

The foreign students of GD Goenka University said they feared for their lives and were staying in various places in Delhi for the time being. They have sought the Nigerian embassy’s intervention, they said.

The “temporary” decision to leave comes almost a month after a group of Indian students staged a protest against their Nigerian counterparts for offering prayers on the football ground.

The protesting students, who shouted “Jai Shri Ram slogans, had lodged a complaint with the registrar, asking t he authorities to ensure the Nigerians offered namaz only in their hostel rooms. The matter was resolved amicably, police and the university had said then.

On Sunday, however, both the police and the university management said the football field had nothing to do with the protests over namaz a month ago.

According to Khaleel, a Nigerian student, trouble erupted on Friday, when the university decided to have both Indian and Nigerian students in one team. “Our captain spoke with the sports officer and laid down his objections against a ‘mixed team’. The officer decided to call off the match. Despite that, a few Indian students entered the field and before anyone could realise a thing, someone hit our captain on the head with an iron rod.

Outsiders, who had come on bikes, also joined them and there was a clash. However, the matter was resolved that day,” he told Times of India.

Khaleel alleged that a group of Indian students attacked them in the hostel the next day (Saturday). “They hurled abuses and threatened us with dire consequences. We are 63 Nigerians here in total. We have left the campus for the time being and are staying in Delhi,” he added.

Indian students, on the other hand, claimed they were attacked by a group of Nigerians. Sultan Khan, a pharmacy student, alleged that he was walking on campus on Saturday when 4-5 Nigerians used expletives that were aimed at him.

“They kept raining blows on me. My friends came to my rescue, but they were thrashed with sticks and rods too,” Sultan who lodged a police complaint said.

Both sides have lodged complaints against each other at the Sohna City police station, leading to cross-FIRs. The cases have been registered under sections 323 (voluntarily causing hurt), 34 (common intention), and, 506 (criminal intimidation) of the IPC.

“There was no major incident. The two groups had argument during a football match, which escalated into a fight. We have received complaints from both sides and registered cross-FIRs. We are scanning CCTV footage and will take action accordingly,” Upasana said, the ACP (south).

The university management insisted that no student had left the campus. They, however, said that 10 students had been suspended for their alleged involvement in the ruckus during the Friday match.

Culled from Times of India