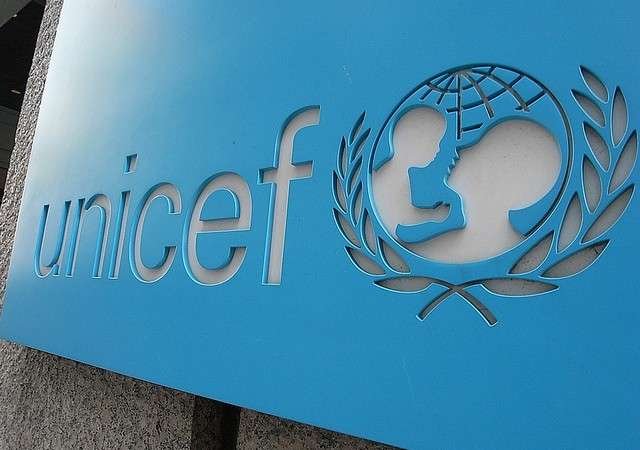 The fund said the percentage accounted for one in every three children, with a call for the scaling up of the number.

The UNICEF Education Specialist, Yetunde Oluwatosin, said this in Sokoto on Wednesday at a two-day Media Dialogue on Early Child Education (ECE) in Nigeria.

The dialogue which is in collaboration with the Child Rights Information Bureau (CRIB) of the Federal Ministry of Education has over 40 journalists in attendance.

Oluwatosin said that early childhood is a critical period which any country must pay attention to as doing so would improve the economic outcome of the child.

The UNICEF Education Specialist said that the period must be consciously built to contribute to the child’s early transformation.

“It has been observed that a large inequalities persist between the poorest children and the richest children’s ECE attendance rate translating to 8 per cent and 87 per cent respectively.

“Globally, fewer than one in three children ages three to four attend ECE.

“In West and Central Africa, only one in four (24 per cent) attend ECE.

“In Nigeria, only one in three children (36 per cent) attend but at least 10 million children are not enrolled.

“Research has shown that children who attend ECE perform better in academy and have greater earning potential as they grow over the years,” she said.

Oluwatosin explained that the challenges of ECE are systemic, especially the education sector analysis in terms of the workforce and strength to get infrastructure.

She said that ECE should be a specialised area that must be planned for, while stressing that adequate data to drive early learning is critical to achieve progress.

She advocated for a child-centred method and space to be given to learners to thrive.

The UNICEF Education Specialist listed lack of trained teachers, distance to school and inappropriate curriculum among others as barriers limiting the growth of ECE in the country.

“We also need to strengthen the roles of parents as the first educator of the child, provide adequate funding for pre-primary education, build the capacity of teachers and provide adequate curriculum for ECE.

“If you look at it, from the 2018 National Personnel Audit (NPA) of the Universal Basic Education Commission (UBEC), we have over 7 million learners but 154,000 teachers.

“This pupils/teachers ratio is low and we must do something to improve this. This disparity is there and we are still far behind in achieving the SDG goals,” she said.

Also, the UNICEF Communication Specialist, Dr Geoffrey Njoku, said ECE is the bedrock of a child’s development and attention must be focused in ensuring that ECE thrive in the country.

“If we don’t do it, we are going to be having children who cannot write, quote and develop software for our society.

“The future we want is to ensure that Nigerian child have quality education. ECE is the stimulation for later development,” the UNICEF Communication Specialist said.

Adding that, “We need to continue to advocate for stakeholders’ attention on ECE because science has shown that if we start with ECE , a lot of development will happen in the country,” he said.

He, therefore, called for an increase space for children issues in the country, while stressing that if resources were judiciously used, there would be educational transformation.

Panyi also called for the engagement of stakeholders through curriculum and capacity development of teachers as well as special education support for the children.

She said that children allowed to play in class through the ECE have the ability to create innovatively and relate socially, with positive impacts on the latter part of the child’s life.

Also, the UNICEF Sokoto Chief of Field Office, Mrs Maryam Darwesh, said the development of the brain in the early years is a pathway that affects physical and mental health, learning, and behavior throughout the life cycle.

Darwesh said children who participate in well-conceived ECE programmes tend to be more successful in later schools, and are more competent socially and emotionally.

She added that such children also show higher verbal, intellectual and physical development during early childhood than those who are not enrolled into such programmes.

“The Federal Government of Nigeria has an Integrated Early Childhood Development (IECD) Policy, a multi-sectoral policy that comprises the education, health, nutrition, and child protection sectors.

“This policy aims to create an enabling environment for the provision of integrated early childhood development services and coordination mechanisms among sectors at decentralised levels.

“Nigeria has made some progress in the implementation of this policy. Despite the progress, there are still some challenges.

“This include low awareness and understanding of the importance of ECD, poor articulation and clarity of the policy, weak coordination among the relevant Agencies, and most importantly poor funding,” she said.

NAN reports that the ECDI carried out a research work to strengthen the capacity for play-based learning.

The UNICEF research revealed that with ECE, there is improved quality of learners, increased schools participation, increased graduation rate as well as stronger economic and societal development.