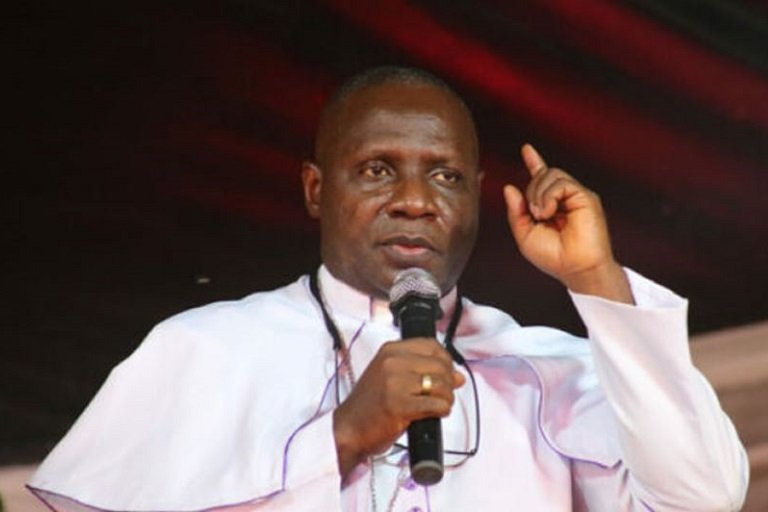 The Nigerian Faith-Based Community Organization based in the United States has urged Christian leaders and clerics, especially under the auspices of the Christian Association of Nigeria (CAN) and Pentecostal Fellowship of Nigeria (PFN) to stand firm in their stance against same faith ticket in the 2023 presidential election.

Speaking from New Jersey on behalf of the Nigerian Faith-Based Community Organization, Bishop Samuel Ayeni, the President of the NFBCO noted that Nigeria is a country where religious pluralism is practiced.

Bishop Ayeni explained that any individual or group that is unwilling to support religious inclusion in Nigeria should actually be rejected collectively by all religions in the country.

The New Jersey based famous preacher who is also a Christ Apostolic Church pastor pointed out that CAN and PFN have rightly led the line by rejecting the same faith ticket in 2023.

Bishop Ayeni said, “Nigerians need to go a step further by ensuring that they go to the polls and stand firm against the same faith ticket.”

“Any same-faith ticket is a vote against fairness, justice, and equity. It should be rejected by all and sundry in the interest of national unity,” noting that “it will only succeed in further polarizing the already fractured nation along ethnic and religious lines,” adding that “the adoption of the same religion ticket is a lost opportunity to unite the nation, not a gain in any way.”

“CAN and PFN have played their part by taking a stand against same faith ticket, it is down to the citizens to ensure that equity, fairness, and justice are maintained.

Bishop Ayeni added that the 2023 election is a battle for the soul and future of Nigeria, stressing that, Nigeria needs a ticket that will unite the country, not divide it.

President of the Pentecostal Fellowship of Nigeria, Bishop Wale Oke said PFN is against the same faith ticket because it stands against the principles of fairness, balance, equity and justice.

Bishop Wale Oke, the President of the Pentecostal Fellowship of Nigeria

“Muslim-Muslim ticket means over 54 per cent of the population will be marginalised and shut out. If the party doesn’t listen to us, then they will meet up at the polls,” Oke said.

The newly elected President of CAN, Archbishop Daniel Okoh reiterated the fact the church has made its decision on same faiths ticket known more than two years before the political parties held their primaries.

“We are very proactive and very serious to sensitize Christians that there is nothing bad in engaging in politics, but we can’t be partisan as CAN. We have made our stand known on same faith ticket two years ago before party primaries. We are not in support of Muslim-Muslim ticket or Christian-Christian ticket,” Archbishop Okoh said during a visit to CAC HQ in Ibadan, Oyo state.

Similarly, President of Christ Apostolic Church, Nigeria and Overseas, Pastor Samuel O. Oladele said the time has come for Christians in this country to consider the interest of the kingdom of God. “It is time we must demonstrate to the world that Christians in Nigeria can’t be taken for granted, adding that CAC will be guided by instruction given by CAN,” the CAC President said.

The stance of Christian leaders and the church on same faith ticket has been validated after two videos made the rounds on social media.

Hon. Jabiru Tsauri, the DG of APC Katsina governorship candidate, Dikko Radda heightened the fears of Nigerians on October 3, during at a campaign rally in Futuna zone.

He said that if the Muslim-Muslim ticket does not win, Islam has failed. “If Asiwaju Tinubu fails to win 2023 election, it is like Islam has failed,” he said in a video shared by SaharaReporters.

Similarly, a northern cleric confirmed that Muslim Muslim ticket was an experiment to assert Islam. In a video on social media, he said, “Nigeria Belongs to Muslims. We’re testing the Muslim/Muslim ticket to prove it; so that the world will believe that Nigeria belongs to Muslims, after we defeat them (the infidels) in the (presidential) election.

“By the time we win the (presidential) elections in the two (Northeast and Northwest) regions, the other regions will be a walkover. Brethren, if you don’t get your PVC you are helping the infidels to oppress Muslims. Right now we have three Muslims running for president. But just before the election, we will pick one of them and vote for him, and ask the other Muslim presidential candidates to concede.

“This is so because it is paramount that a Muslim must continue to preside over this country. No matter how bad a Muslim presidential candidate is, he is still better than an infidel (Christian) candidate.

Last month, the Christian Association of Nigeria reiterated its stance against the same faith ticket. The Christian body also dismissed reports that some of its members visited Asiwaju Bola Tinubu at his Abuja office.

“The attention of the leadership of Christian Association of Nigeria, CAN, has been drawn to a media report titled, ‘How Tinubu met, resolved Muslim-Muslim ticket with CAN’, which claimed that the apex Christian body has changed its position regarding the same-faith ticket.

“To say the least, the story is ridiculous, malicious, untrue and should be disregarded in its entirety by all reasonable members of the society.

“For the records, CAN took a position against the same-faith ticket imbroglio under the leadership of Rev. Dr Samson Ayokunle, its immediate past national president, and as a matter of fact, His Eminence Archbishop Daniel Okoh, stands on that same position.

“CAN may not agree with every decision taken by politicians and political parties, but it respects their right to reach conclusions on issues that affect their electoral fortunes so long as they accord with the provisions of the 1999 Constitution of the Federal Republic of Nigeria (as amended) and the Electoral Act (2022).