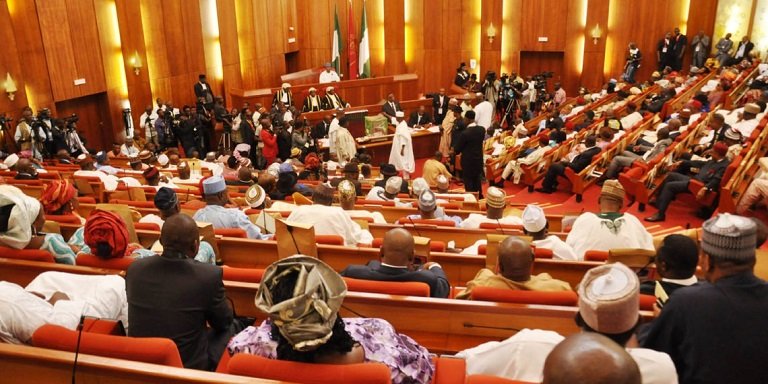 President Muhammadu Buhari will on Friday (today) lay the 2023 Appropriation Bill before a joint session of the National Assembly in Abuja.

Ahead of the Federal Government budget presentation, the House of Representatives, on Thursday, passed the 2023–2025 Medium Term Expenditure Framework and Fiscal Strategy Paper, which the President earlier presented to the National Assembly.

The Federal Government had proposed a budget with estimates totalling N19.76tn, while the deficit was to hover between N11.30tn and N12.41tn in the 2023 fiscal year.

The Minister of Finance, Budget and National Planning, Zainab Ahmed, at the public hearing organised by the House on the MTEF/FSP, had decried that the government might be unable to provide for treasury funded capital projects next year, especially due to dwindling revenue and payment of subsidy on Premium Motor Spirit, popularly known as petrol.

Ahmed, while noting that the government had two options, had said the first scenario assumed that subsidy on PMS, which was estimated to be N6.7tn for a full year, would remain in 2023 and be fully provided for.

The second scenario is the reform scenario which assumes that petrol subsidy will remain up to mid 2023, based on the 18-month extension announced early 2021, in which case, only N3.6tn would be provided for.

However, in the report, the committee recommended N1.7tn for petrol subsidy.

The committee also recommended a crude oil benchmark price of $73 per barrel “as a result of continuous increase in the oil price in the global oil market and other peculiar situations such as continuous invasion of Ukraine by Russia as this will result in saving of N155 billion.”

While the House sustained and exchange rate of N437.57 to a United States dollar as proposed in the MTEF/FSP, the committee called for a continuous engagement between the Central Bank of Nigeria and the Federal Ministry of Finance, Budget and National Planning “with the view to bridging the gap between the official market and parallel market.”

The lawmakers also approved a projected Gross Domestic Products growth rate of 3.75% and an inflation rate of 17.16%.

The committee further recommended “that the projected new borrowings of N8.437 trillion, including foreign and domestic borrowing, be approved, subject to the approval of the provision of details of the borrowing plan by the National Assembly.”

Addressing journalists after the plenary, Deputy Chairman, House Committee on Finance, Musa Abdullahi, stated that borrowing was not bad for the economy, stressing that attention should be paid to revenue generation to service the debts. He also explained the lawmakers cut down allocation to petrol subsidy.

Abdullahi partly said, “There are so many uncertainties around the payment of subsidy. So, what we decided to do was to flatten it out by making a provision of N1.7tn for subsidy payment. We are looking at some of our refineries coming up by early next year. Port Harcourt (refinery), for instance, is expected very soon.”

Meanwhile, the House, on Thursday, received the report of its Committee on Police Affairs on the proposed N65.9bn budget of the Nigeria Police Trust Fund.