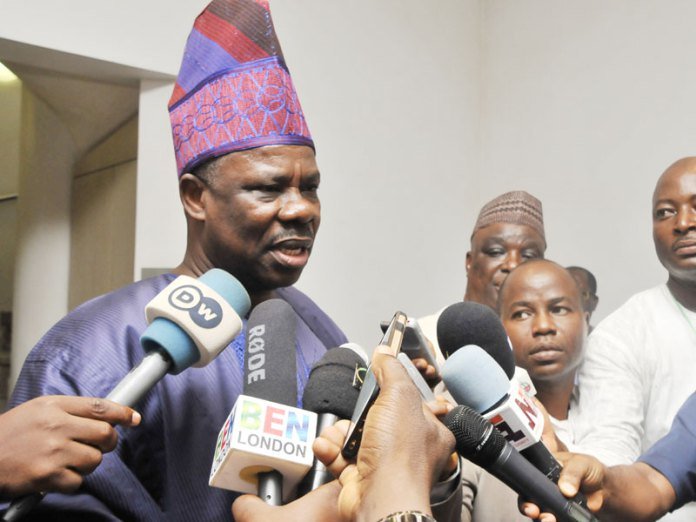 Senator representing Ogun Central, Ibikunle Amosun has said he will work against the ruling All Progressive Congress in the state.

However, the former Ogun State Governor said he is strongly backing the APC presidential candidate, Asiwaju Bola Ahmed Tinubu to emerge as the next president.

This confirms earlier report that Amosun had unleashed another political son, against Governor Dapo Abiodun who is seeking re-election under the platform of the APC.

The report revealed how Amosun had zeroed in on Otegbeye after he fell out with Adekunle Akinlade when he dumped the ruling party for the Peoples Democratic Party (PDP) where he was offered deputy governorship slot.

The senator had backed Akinlade, of the Allied Peoples Movement (APM) against Abiodun in 2019 but lost to the incumbent.

In the build-up to the 2023 polls, both Otegbeye and Akinlade contested in the APC governorship primary, but lost to Abiodun.

Insiders also told Daily Trust that Amosun gave Otegbeye a nod to run on the platform of APM, but Akinlade allegedly blocked the move, leaving the former governor’s men to bargain for the ADC’s governorship ticket.

However, the former governor, while speaking during an exclusive interview withBBC Yoruba in Abeokuta, openly confirmed that he is backing Otegbeye in the next election against Abiodun who is the candidate of APC, the party they both belong to.

“I don’t hide behind one finger to fight. That’s why people say to me ‘don’t say that.’ On governorship, my supporters and I, we don’t belong to that side.”

Asked who he’s supporting, Amosun responded “Biyi Otegbeye is the person I am supporting and ADC is the party.”