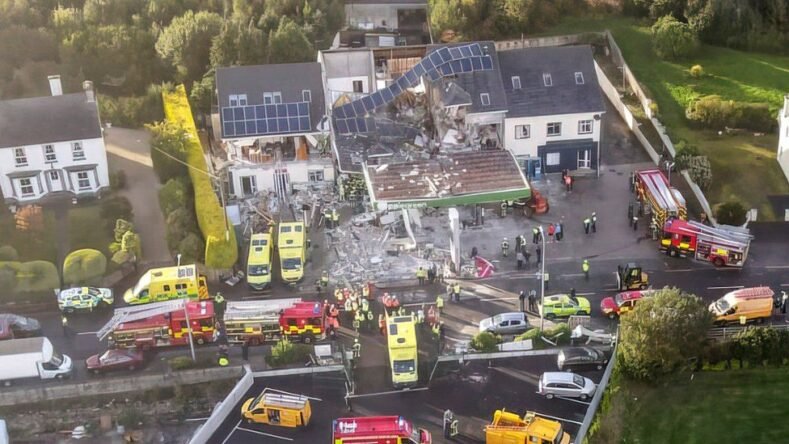 Ten people have died after a huge explosion at a petrol station in the Republic of Ireland.

The blast happened at the Applegreen service station in the County Donegal village of Creeslough on Friday.

It destroyed the building and a section of an apartment block, with police saying the evidence gathered so far suggested it was a tragic accident.

“The entire nation is shocked at what has happened,” he said during a visit to the scene on Saturday evening.

Seven people who were hurt are in a stable condition in hospital in nearby Letterkenny.

Another person is critically ill in the burns unit of a hospital in Dublin.

Early on Saturday evening An Garda Síochána (the Irish Republic’s police force) said a search and rescue operation had ended with no more causalities found.

Emergency service crews from Northern Ireland had been sent across the border to help their Irish counterparts deal with the aftermath of the blast.

The Taoiseach described the rescue mission as a demonstration of “solidarity and community values”.

Canada to allow international students work over 20 hours per week